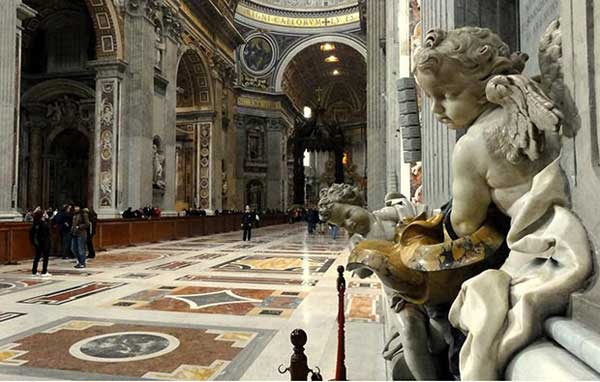 The website contains 3.5 million objects and is the result of a project that started 16 years ago.  It contains listings and pictures of paintings, sculptures, ornaments, crucifixes altarpieces, and other items belonging to Italy’s 63,733 churches and 216 dioceses. It is an ongoing project which will be continually updated. Eventually the database will include the Church’s architectural heritage and literary archives. Search can be by artist, subject matter, object, diocese, and date range.

According to The Art Newspaper: “Tomaso Montanari, an art historian at Università Federico II in Naples, says ‘It’ll be years before this task is complete.’ He believes the search engine and navigation need much fine-tuning. ‘It’s an enormous job and it’s still rough around the edges, but anything that promotes the knowledge and preservation of the Church’s artistic heritage can only be good for the country,’ he says, adding that ‘catalogued items will now be harder to sell on the black market.’ He is not surprised at some of the gaps in the database. ‘The heritage [in Florence and Naples] is so vast it’s no wonder they haven’t finished cataloguing it yet,’ he says.”

I’ve poked around the database a bit (I was an Art History major in college, after all) and it’s pretty interesting. However, the site is primarily in Italian and it is not easy for an English speaker to navigate. Initial funding of the project, which is a collaboration of the Church and various arms of the Italian government, was set at €51.6 million.

Thanks to infoDOCKET for the link.