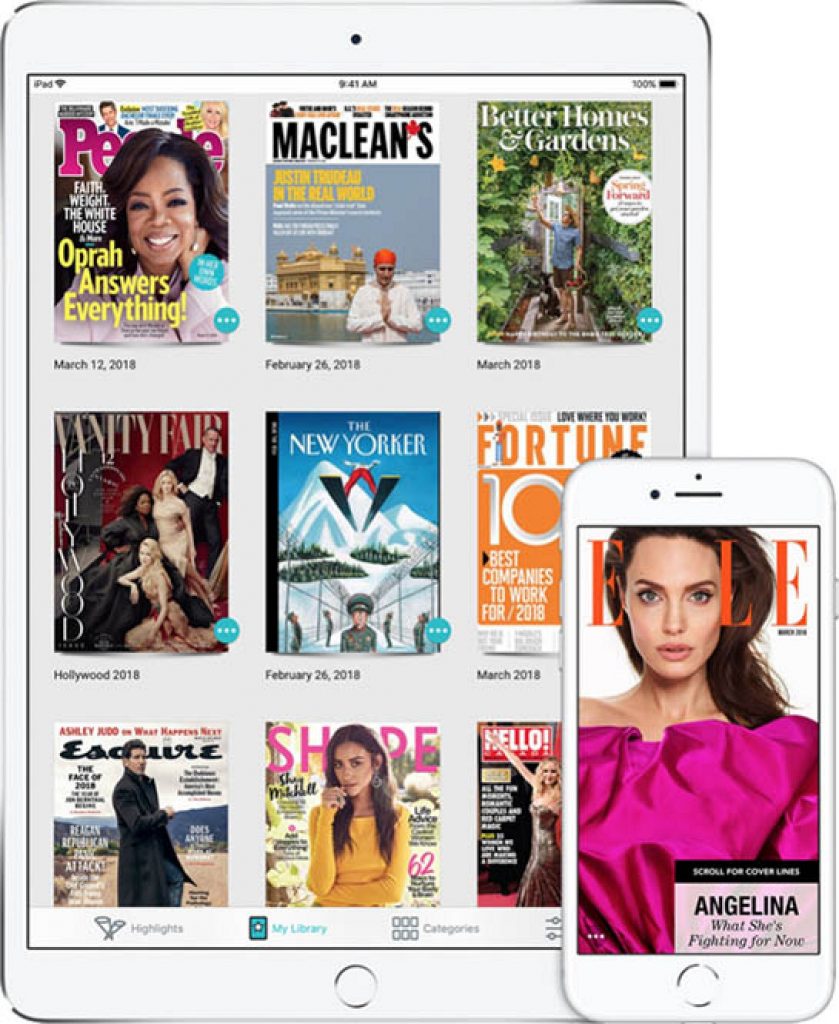 Texture is an unlimited magazine subscription platform and Apple acquired it last year. All of the digital magazines on the platform have been successfully integrated into Apple News+. Apple News+ launched this past week on all iOS devices and for a low monthly fee you get access to digital magazines and a select number of digital newspapers. Apple has announced that they are shuttering the Texture service on May 28th and this will leave only Magzter and Zinio as the only players in town.

Texture was founded in 2010 by Conde Nast, Meredith, News Corp, and Time. At first they focused selling digital magazines on a subscription basis to the United States, but in 2013 they expanded into Canada when Rogers invested millions of dollars. Texture remains a key selling point to Rogers customers, when Canadians upgrade their data plan they get a six month free subscription to the platform. They also push the platform really hard via television commercials.

Texture being shuttered was bound to happen, there is no point of Apple running them both at the same time. The people who are going to feel the sting that most are Android users. Apple News+ only exists on Mac, iPads or iPhones and the service will likely not be ported over anytime soon.

I also feel that in abandoning the Texture service, Apple has literary provided no incentive for users to switch over to Apple News+. This means that their existing downloads, collections and libraries will not be transferred over. You also cannot get back issues. In an email to existing Texture users Apple stated they’ll be offered a “one month free trial” to test out the service. That’s the same deal all new Apple News+ subscribers get.