You are here: Home / Digital Publishing News / The Daily iPad Newspaper Shut Down 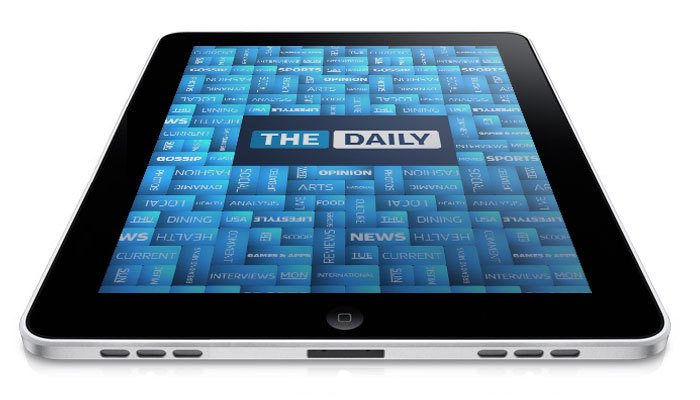 The Daily, an iPad exclusive newspaper, will be shut down by News Corp on December 15th. The closure of the online publication is mainly attributed to the lackluster demand for the product and the annual $30 million operating costs.

When the Daily first launched, there was a tremendous marketing campaign to usher in an iPad exclusive news agency. It was one of the first companies to use iOS as a primary channel to deliver news content. “From its launch, The Daily was a bold experiment in digital publishing and an amazing vehicle for innovation. Unfortunately, our experience was that we could not find a large enough audience quickly enough to convince us the business model was sustainable in the long-term. Therefore we will take the very best of what we have learned at The Daily and apply it to all our properties,” News Corp. chairman and CEO Rupert Murdoch said in a statement. “Under the editorial leadership of Editor-in-Chief Col Allan and the business and digital leadership of Jesse, I know The New York Post will continue to grow and become stronger on the web, on mobile, and not least, the paper itself. I want to thank all of the journalists, digital and business professionals for the hard work they put into The Daily.”

The Daily really never caught on because most tech savvy users end up visiting their favorite websites directly or use apps for iOS such as Pulse, Currents, and Zite. The circulation figures as of July for the Daily were a paltry 100,000 users. At this time, the company started laying off almost 1/3 of their entire staff and in a few days will be totally closed.