You are here: Home / Digital Publishing News / We are living in a golden age of news consumption 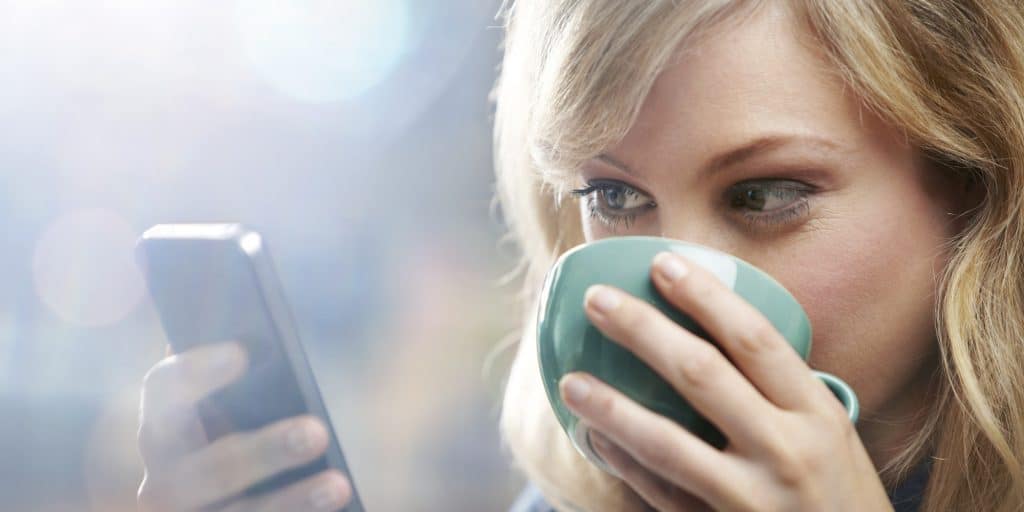 The smartphone has given rise to a record level of news consumption. The ever increasing screen size of our mobile devices allows us to read longer form articles and stay better informed.

Relatedly, Pew found engaged time steadily goes up along with word count. Stories under 250 words garner an average of 43 seconds of engagement time; whereas stories that exceed 5,000 words draw people in for a whopping 270 seconds—or four-and-a-half minutes.

Digital publishing companies rely on two different metrics to secure advertising revenue from people who advertise directly on their website, unique visitors and the amount of time that people spend on the site. A company that specializes in long form writing will have more revenue being generated than a company that writes news items that are between 200 and 600 words. 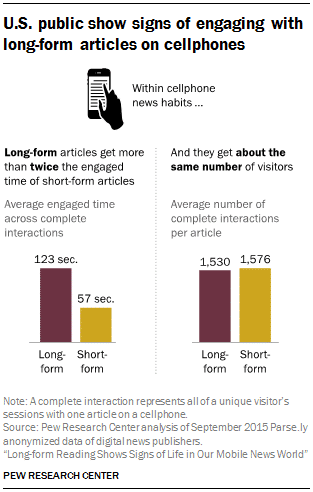 Here are the most prolific key findings of the Pew report.