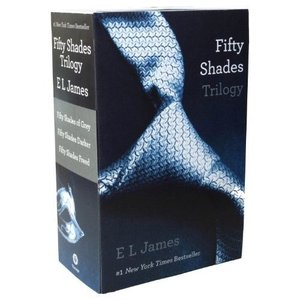 E.L. James’ 50 Shades trilogy has received the box set treatment and is selling very well. It remains the #1 fiction bestseller and debuted originally at #4 on June 12. It has sold over 84,000 print copies in its first week of being bundled together and bookstores are celebrating. Right now you can buy the complete set in your local bookstore for around $45.00, but Amazon is selling it for $28.00.