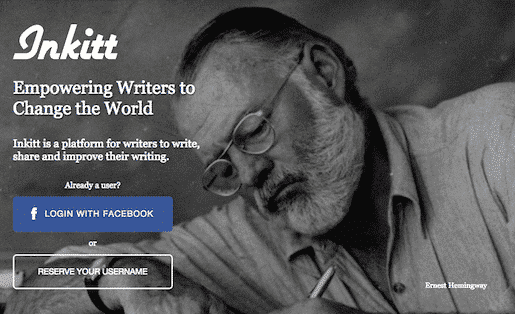 Agents have to read hundreds of manuscripts before a book is selected to be published. This longstanding tradition might be totally disrupted due to new technology from a German company that uses predictive data to forecast what title has the highest chance to become a bestseller.

The novel chosen by Inkitt’s “artificially intelligent” algorithm is Erin Swan’s Bright Star, a young adult fiction submitted to the publisher through a writing contest called “Hidden Gems.” Part of a multi-book “Sky Rider” series, it tells the story of the “fantasyland” Paerolia, “where war and conflict has created strong divides,” and where a a rebel leader named Kael helps a slave named Andra “discover the strength that has always been within her” and “fight to win back what Fate kept beyond her reach” — namely a dragon “that should have been her own.” Bright Star is expected to be released in 2017.

Inkitt, the company responsible for discovering the novel, is an online writing platform where “budding authors” share their work with “inquisitive readers.” It relies on an “artificially intelligent” algorithm to bring the two together with the purpose of uncovering “blockbuster books.” This description calls up a number of questions. Did Inkitt invent artificial intelligence? Should we be surprised that the first artificially intelligent being prefers genre fiction? If you put aside Inkitt’s overheated claims about artificial intelligence, you’ll find a publisher that just wants to do the write thing: “Inkitt’s goal is to remove the middle person so that a blockbuster book is never rejected by a publishing house again.”