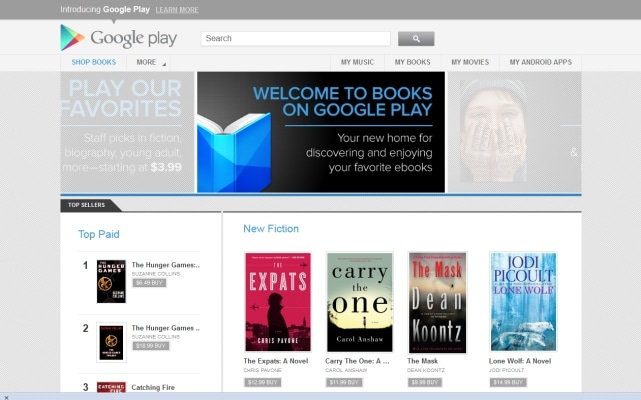 A few days ago, Google revamped their Android Market to what’s now known as Google Play. This new online destination has amalgamated standalone services like Google Books and integrated it into Google Play. Since then, they have been giving away .25 daily deals on Apps, Movies, and Books. Amazon is with little to no fanfare) matching all of Google’s deals on its own online portal.

The Google Play Market underwent its first major revision in the three years it has been online. You can now read books, watch movies, and get the latest apps and games. They are offering solid deals ranging from .25 to .45 on a daily basis.

Amazon has been doing its daily deals package of content for around four months, and features an app of the day for free. Their portal centers around the Amazon Kindle Fire, but appeals to anyone with an Android Tablet. The Amazon ecosystem is more compatible with a wide range of devices, whereas Google Play can only be used with devices licensed with Google to do so. This, unfortunately, prevents most common e-reader/tablet hybrids from doing business with the big G.

Since Google has been running its daily promotion, Amazon is now matching all of their offerings. The Huffington Post scoped out the situation with Google offering eBooks adopted by movies like “Extremely Loud and Incredibly Close” and “Fight Club,” all for .25. The same day, Amazon had these two books for the same price on their main bestseller list.

Mike Shatzkin, Founder & CEO of publishing consultancy The Idea Logical Company told The Huffington Post that he thought the price matching was a sensible move.

“Amazon has such a huge investment in being branded as the low price provider to the customer that they don’t want to let anybody steal that mantle from them. I think that’s just built into their DNA,” he says.

It will be fascinating to see how this price war for dominance plays out in the next few weeks. If anything, it is a boon to the customers that two giant companies are matching low prices with each other. The Kindle Fire might see some competition soon with a rumored 7 inch $199 Google Tablet to arrive in the next few months.