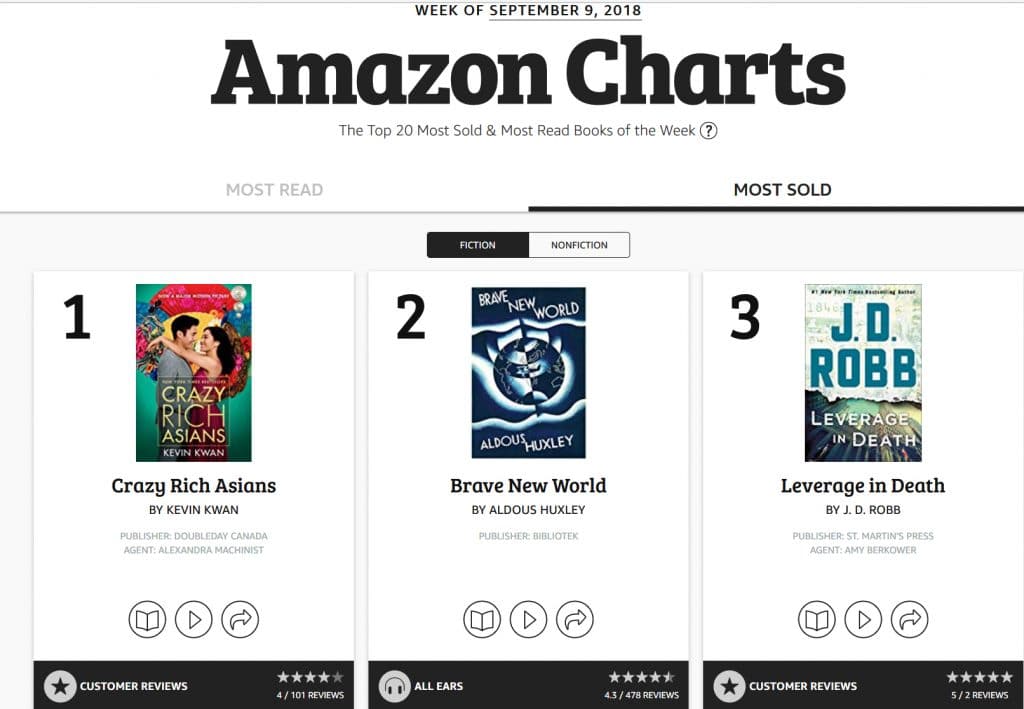 Amazon Charts launched last year in the United States and it is a new bestseller list that gives users a top 20 list of of the most read and most sold books on Amazon. You can get a sense on what is a true bestseller for not only books, but audiobooks and ebooks too. Basically it accurately reflects how readers are really reading and buying books today and even pulls data from popular books on Kindle Unlimited. David Naggar, the Amazon’s VP of Kindle Content, says that it’s an attempt to provide a pure-data recommendation list that cuts through some of the human curation that colors other bestseller lists.

Amazon charts has just launched in Canada today and the engine is only recommending books that the vast majority of Canadians are buying and reading. Mike Strauch, country manager for Amazon Canada said in a statement “The list isn’t curated or based on opinion – it represents reading habits of Amazon.ca customers. With fun insights beyond the Top 20 lists like Highly Quotable or what books are Unputdownable, Amazon Charts is great source for inspiring your personal reading lists, book clubs and even gift giving.”