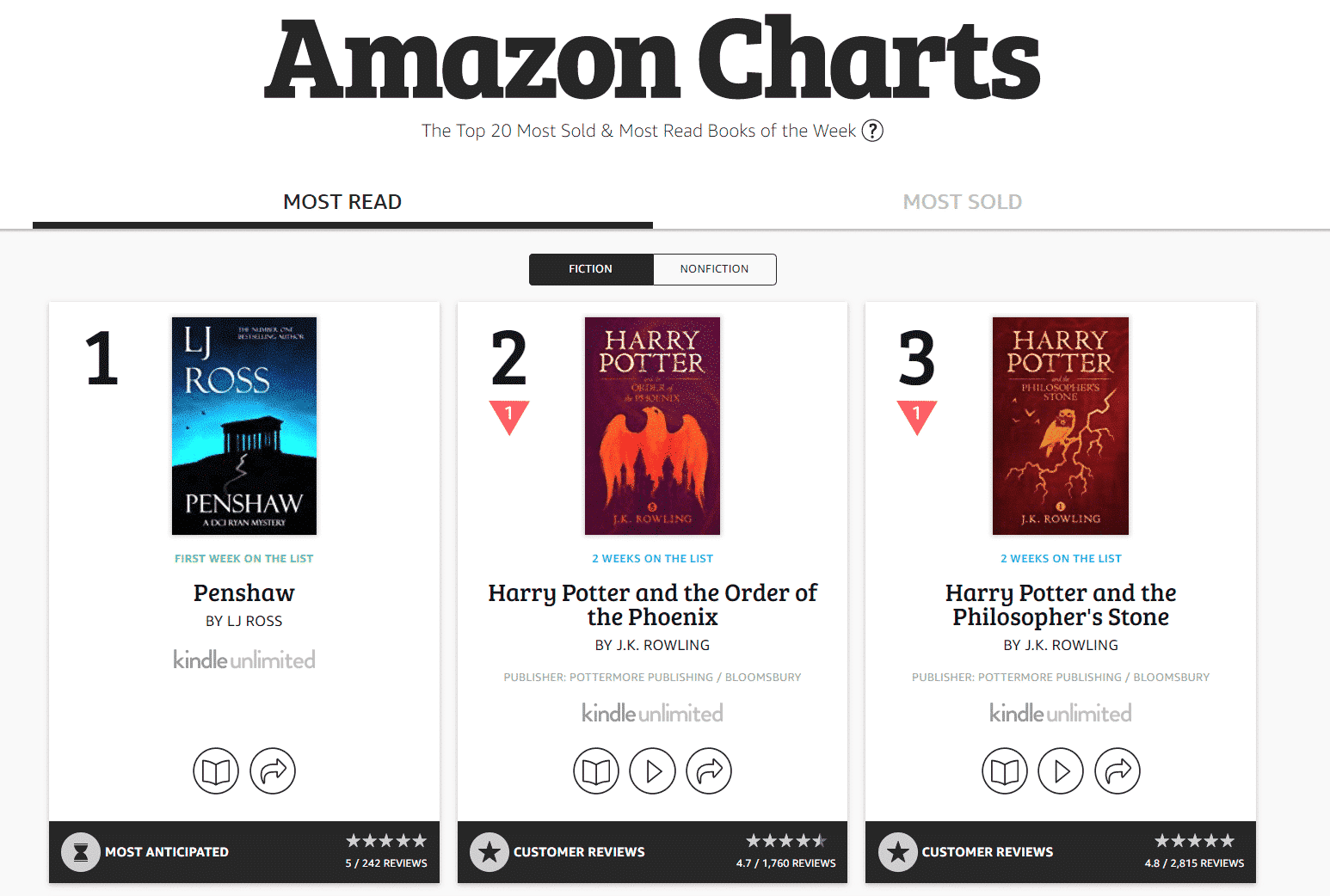 Amazon Charts launched in 2007 in the United States and lists the top 20 digital titles in fiction and nonfiction by most read and most sold. It not only includes ebook data, but also audiobook. It also keeps track of the digital titles that were loaned out via Kindle Unlimited and Prime Reading. Amazon has just launched Charts in the United Kingdom.

The new charts, available at amazon.co.uk/charts, mirror those that debuted in the US in May 2017. Simon Johnson, country manager, Amazon UK Books, said: “We’re very excited to be launching Amazon Charts in the UK, giving our customers brand new insights into the most read and most bought books across all formats in our store. We hope that the weekly lists will inspire readers to try something new, whether in physical, e-book or audio.”

Amazon has also added talking points to each listed title, telling the “stories behind the books”. For example, an “All Ears” icon showcases the most popular books among Audible listeners each week. Amazon noted that more people listened to Harry Potter and the Deathly Hallows than read it on Kindle this week, as was also the case with Walliams’ The World’s Worst Teachers. Seven out of 10 of the most read fiction books this week are Harry Potter books; nine of the top 10 most read fiction books this week are by female authors, who also dominate the top 20 list.

The Bookseller in London, editor Philip Jones notes that the arrival of the Charts on British shores is significant because it offers some limited insight into Amazon’s sales prowess of various titles on the digital side. “The data represents the first time print and digital sales have been recorded together,” Jones writes, “throwing a spotlight on the success of digital-only publications, which are not currently tracked by the official charts company Nielsen BookScan.”