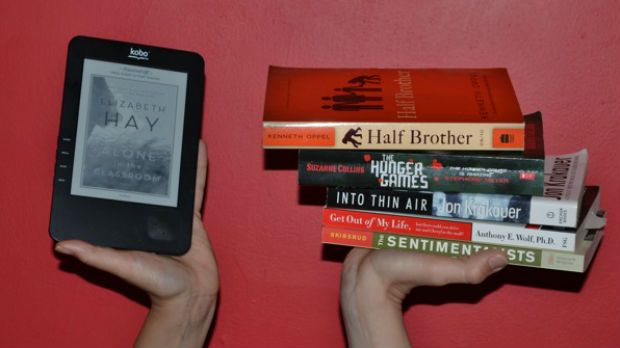 The Association  of American Publishers released their monthly report on the state of the publishing industry and the news is dire. E-book sales have fallen 22.7% in the month of April, but print is enjoying a resurgence. Trade books grew 3.4% in April, with double-digit growth in April 2016 vs. April 2015.

Despite the fact that print sales are starting to increase, publisher revenue is not. Publishers’ book sales for April 2016 were $729.6 million, down 7.0% from April 2015.

Over the past few years the US e-book market has decreased by over 24% and print sales are on the rise. The primary reason for this is due to Amazon not being able to set the digital price anymore, the publishers are doing that. This has led to an average increase of $5.00 per title and many people find that paying $15.00 for a Kindle book, is too expensive.

Amazon does have the power to set the price of both the hardcover and paperback. They buy the titles in bulk, at wholesale prices, so they can basically charge what they want. This has led to an increase in paperback sales (9.9% in April) and hardcover books (2.6% in April).

Publishers are selling more print, which they wanted. There’s growth in the indie store base, which publishers also wanted. But Amazon continues to grow market share in relation to Barnes & Noble and now opened a handful of physical bookstores to compete with B&N and the indies. And that is most definitely not what publishers wanted.