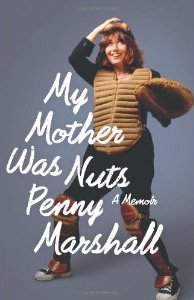 Amazon shook up the publishing world when it announced earlier in the year that it was going to setup a new publishing label. Larry Kirshbaum is spearheading the new East Coast imprint called New Harvest. The company releasing ebooks and distributing them to stores in a deal with Houghton Mifflin Harcourt. The first mainstream release officially went on sale last week by Penny Marshall entitled My Mother Was Nuts, but only sold 2,000 copies.

This is a blemish on Amazon’s otherwise impeccable track record of being able to generate massive sales on books it gets behind. Despite the fact that this new book was aggressively promoted all over the main Amazon website, it has failed to gain traction with readers.

Amazon has its work cut out for itself in this foray into the traditional publishing world and getting its books put in stores. Barnes and Noble and many other major retailers said they would NEVER stock Amazon books in their stores. They don’t want to empower the online giant any more than they have to and books published by Amazon will likely have poor retail visibility.