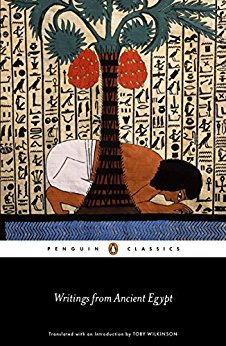 Ancient Egyptian hieroglyphs traditionally are not very accessible because only a handful of scholars are able to read them. Penguin Classics has just released a new e-book by Toby Wilkinson that has translated a rich selection of pieces, ranging from accounts of battles to hymns to stories to royal proclamations.

Generally, when we think of ancient Egypt, we think of grandiose pyramids and temples to thousands of gods. This book shines a light on something a lot closer to us, which is the forces that drove the individuals who lived in those times. The vast majority of the book documents the daily life and struggles of the commoners.

This new e-book is certainly easier to read than the Egyptian Book of the Dead, which has been the most widely available text from ancient Egypt. While that collection is interesting and includes spells that give instructions to the dead on how to make it to the afterlife, it’s not easy reading.

According to the Smithsonian, Wilkinson hopes his new volume will make the Egyptians accessible to modern readers for the first time. While many of the texts included have been translated previously, Wilkinson points out that the original translations took place over a hundred years ago, which make them stilted and difficult to read for today’s audience. He hopes that these new translations can convey the complexity, subtlety and poetry found in hieroglyphics.