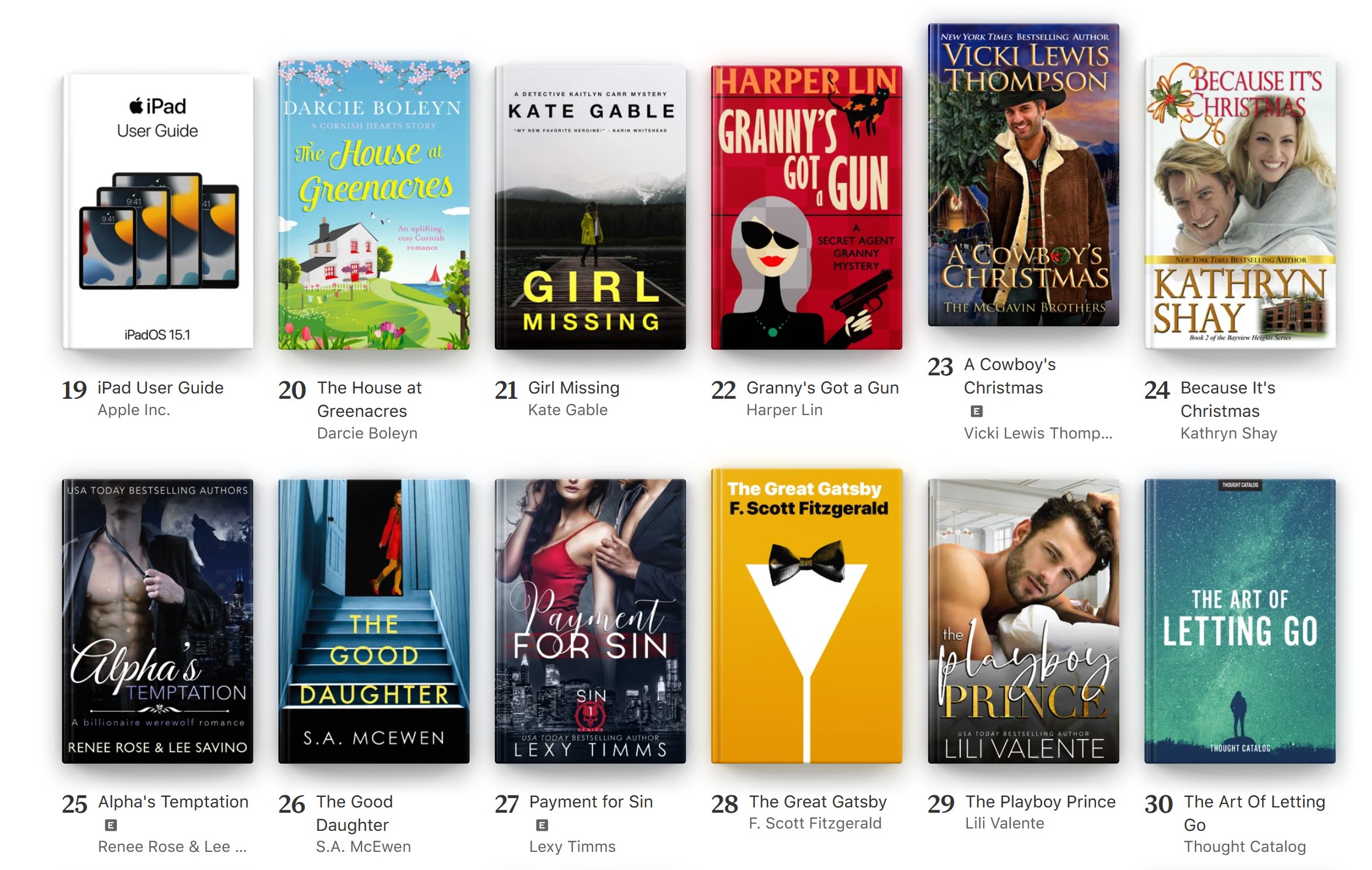 Apple Books has begun to rollout a new feature to ebook titles in the romance and erotica categories. There is now an explicit badge that is in the title located underneath the book name and author name on search results and also categories. There is no notification within the book description page. The most popular category where you can view all sorts of titles with this new flag, is in Apple Charts, under Top Free.

It looks like Apple started to implement labeling erotica and romance titles as explicit in early November. Currently, it only applies to digital books and not audiobooks, this is likely due to the fact that most almost all ebooks that have the label are self-published titles that are distributed through publishers such as Draft2digital, which represent 3/4 of all books in the top 100, in Apple Charts. I have reached out to the company for comment and will update this, when I hear back.

Apple currently has no publishing guidelines on what constitutes as explicit or not. There is no checkmark box that independent authors or publishers can select, to denote that a specific title is a little too hot and bothered. This leads to be to believe that this seems to be a new content analysis system that suddenly went live, this is why it is not just applying the label to new titles from this year 2021, but retroactively applying it to books going as far back as 2014.

I think the big reason why this content analysis program only applies to books, is the metadata, since it can easily be understood and disseminated by an algorithm. Audiobooks on the other hand are a completely different beast. I think this explicit label would be even more critical for digital audio, since it is narrated aloud, little kids, for family members might not appreciate rampant sexy time for a couple of hours. I would even say, that audiobooks are more important than ebooks to have this designation, since ebooks are a solitary endeavor.