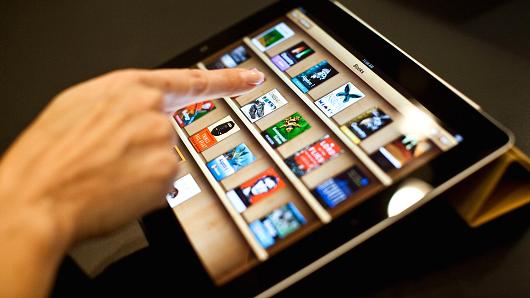 Apple iBooks is going to undergo a complete resign in the next few months, to better compete against other online retailers such as Amazon and Kobo. Apple will redesign their e-reading app with a “simpler” interface aimed at highlighting books you’re currently reading in a “Reading Now” section. They will also have a dedicated tab for audiobooks, instead of the current dropdown menu.

The iBooks redesign is being spearheaded by Kashif Zafar, former senior vice president with Amazon’s audiobook unit Audible, to lead the effort.  The first visages of the revised experience is found in the iOS update  11.3, which is only available to developers. iBooks is now called Books, which is a small subtle change to the overall branding. Bloomberg is speculating that the shopping experience will mirror the new App Store.

Latest market data show that Amazon has 83%t market share in the U.S. ebook market, while Apple only has 9% and Barnes & Noble only has 4%. The one competitive advantage that Apple has is being able to sell digital content directly through their app, all other retailers do not want to pay Apple royalties for each in-app transaction.