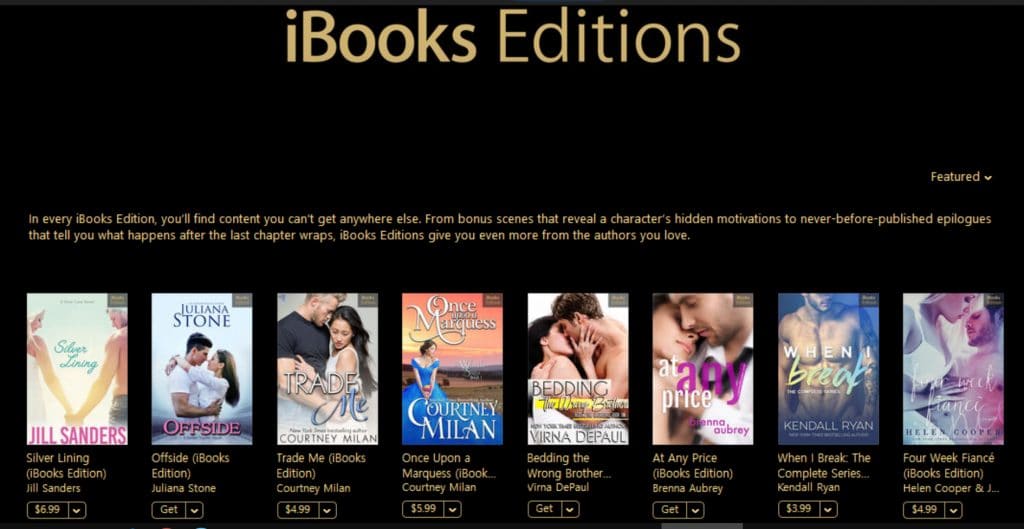 Apple has quietly launched iBooks Editions which is a new section in the romance category. Editions is basically bonus material that reveals character motives, epilogues and material that is not available on any other online retailer.

The 20 books in this new category are written by indie authors and it is very likely they were approached by Apple to populate the Editions section with bonus content that is not available on Amazon.