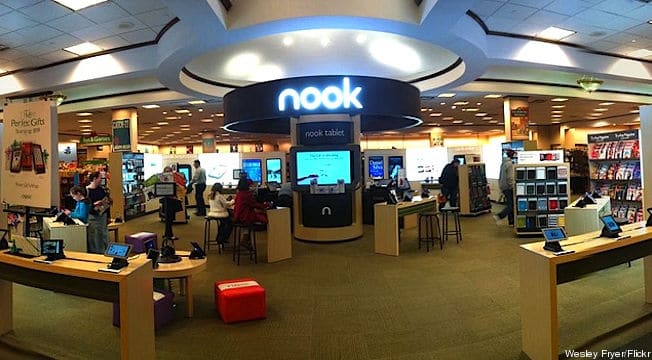 Barnes and Noble entered the United Kingdom on Monday, marking its first foray into international markets. The Nook line of e-Ink based readers are available and the company has opened up its eBook Store. There is a firestorm enveloping savvy UK customers, because digital books cost almost double the amount that Amazon sells them for.

The UK Nook eBook store is almost two days old and many people have been waiting for a long time to see competition arrive against Amazon. It seems as though if you want to get deals on books by major publishers, you will have to pay a hefty premium.  Here are some examples of the grossly overinflated books out there right now from some users at Mobileread.

These are a few examples of the cost of the books that Barnes and Noble is offering over Amazon. It really does look like the Amazon books are cheaper by a wide margin. If you have found any books that are also super high in price, let us know!

Update: A Barnes and Noble Spokesman got in touch with us and said “The UK NOOK Store offers customers an expansive collection of digital content at competitive prices. A problem we’re experiencing with a feed from a publisher is creating some temporary exceptions, which will be adjusted as soon as it’s resolved.”