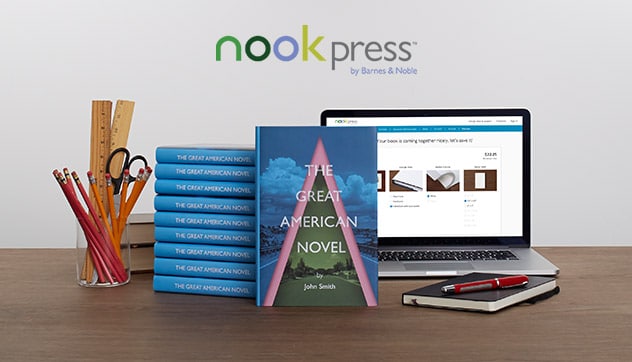 Barnes and Noble Nook Press is a self-publishing solution for indie authors. The bookseller has changed their policy agreement and has begun to suspend accounts and purge all erotica titles from their system. 50,000 titles have been removed in the last 24 hours,  some of them are written by best selling romance authors.

The Nook Press Policy Agreement was recently amended to make hardcore erotica titles a violation. On August 21st 2017 the following email was sent out to a few hundred authors “Your NOOK Press account has been placed on hold and all of your NOOK Books are currently unavailable for sale from the NOOK Bookstore because there is a business concern with your account. Please email us using this form for information on why your account has been placed on hold and to discuss any necessary next steps to reactivate your account.”

On August 26th another email was sent out to not only the authors who received the first one, but many who published romance books. “We have determined that many of your titles available for sale are in violation of our Content Policy. Accordingly, the offending titles have been removed from sale and your account is being terminated. We will pay out any and all outstanding royalties during the next payment period. If you attempt to publish similar content under a different account, we will terminate that account as well and withhold royalties from those sales.”

A number of authors who’ve received the notices have taken to social media to vent their frustrations. In a blog post about the situation author Georgette St. Clair said she would have acted to conform to the content policy, had she known it was needed. She writes: “I have never gotten a single warning or complaint from B&N about any of these titles; if I had, I would have taken it down immediately.”

Selena Kitt, another author who complained publicly about the situation, said B&N acted “without warning” in canceling her account, and the accounts of other authors. She added that B&N’s claims that she and others had violated Nook’s content guidelines rung hollow as those guidelines were “non-existent until August 16 or so. We’ve had the same content published on their site for years.”

The new terms  are very subjective and one erotica tiltle can have your entire account suspended or terminated.  This is wide scale.