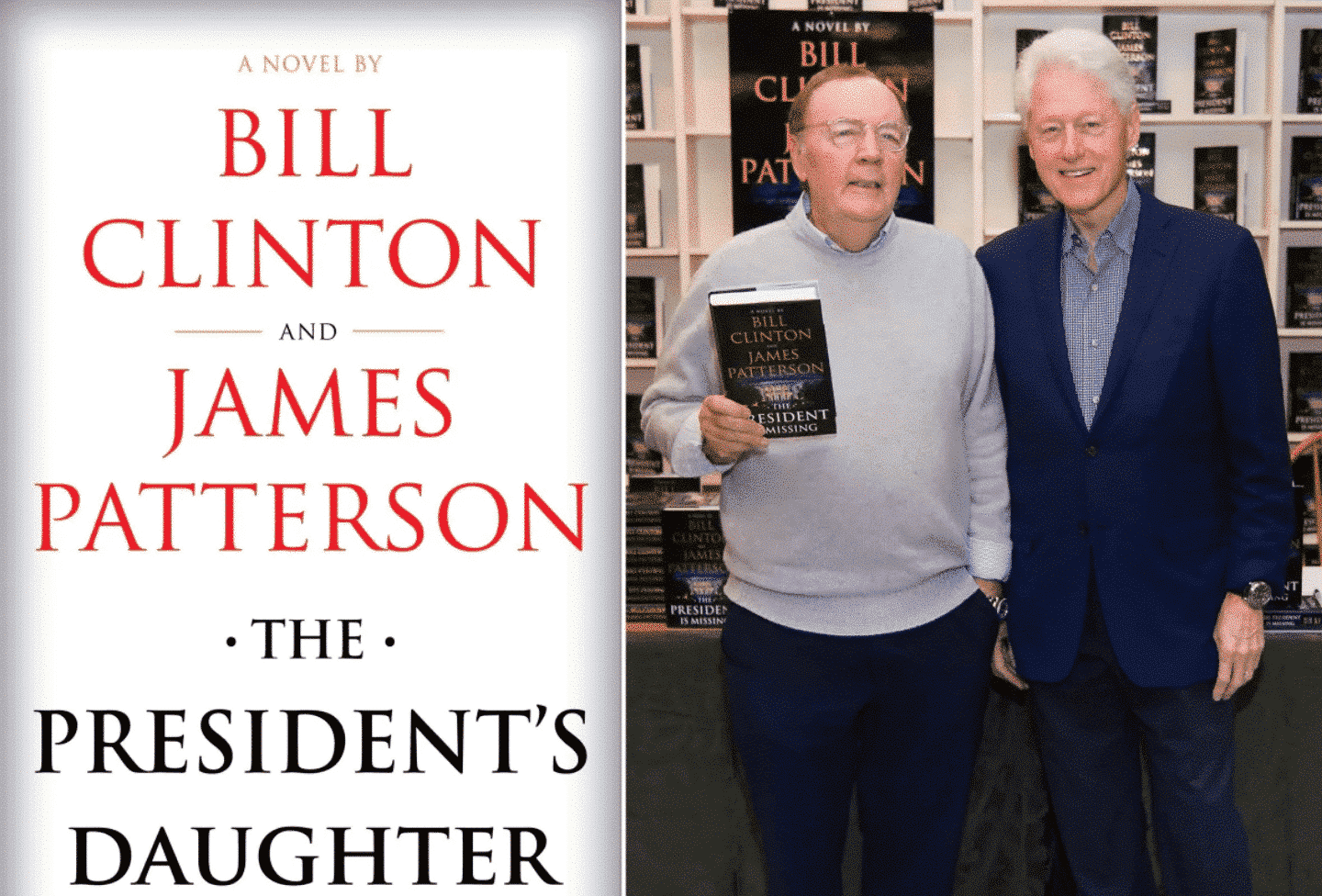 The President is Missing by Bill Clinton and James Patterson was a runaway bestseller for months and sold over three million copies. The book focused on a potentially devastating cyber attack, but also briefly referred to impeachment proceedings, a reminder of Clinton’s being impeached in 1998 after his relationship with Monica Lewinsky was revealed. The team is working on a new book, The President’s Daughter, which will be released in June 2021.

The publisher said that the this new book will be standalone and not a sequel. It will feature an entirely new cast of characters. It follows a former president of the United States, now relocated to rural New Hampshire, whose daughter is kidnapped. Like their earlier book, the story will be told with Patterson’s signature suspense and will be informed by details that only a president can know.

“I never imagined I’d be writing a book with a master storyteller like Jim, much less two,” Clinton said in a statement. “I was grateful for the success of the first book, and I believe readers will enjoy reading The President’s Daughter as much as I’m enjoying working on it.”

Added Patterson, one of the world’s bestselling and most prolific authors: “Working with President Clinton has been a highlight of my career, and I’m thrilled to have the chance to write with him again.”