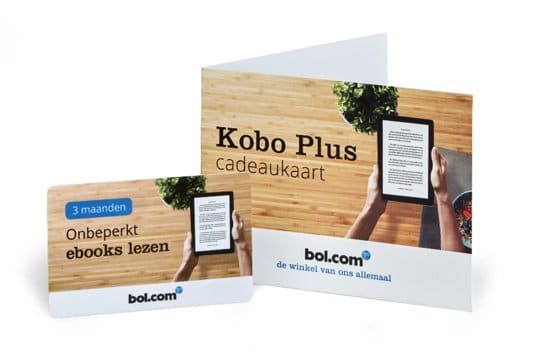 Kobo Plus is doing some fairly innovative things with their first e-book subscription platform that is only available in the Netherlands. BOL is their key partner and they are the largest digital bookseller in the region and been selling Kobo branded e-readers since 2014 and have been heavily marketing Kobo Plus. Bol has just announced that they have created Kobo Plus Gift Cards. They come in one month, three month, six month or 12 month variants. Users that redeem the cards will automatically gain access to  over 150,000 titles.