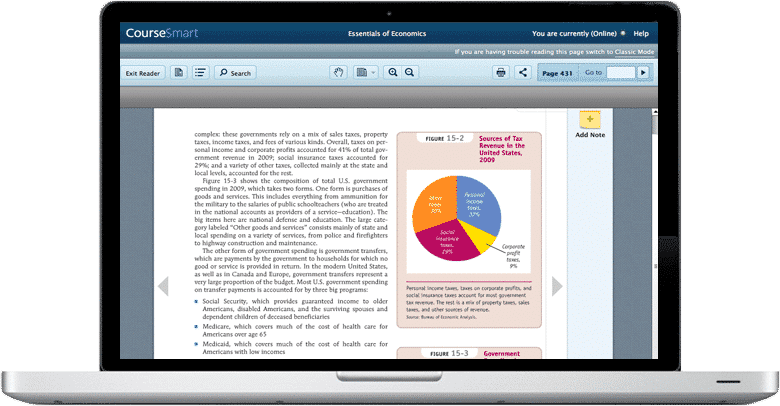 Coursesmart has just unveiled a new browser based solution for its digital textbooks. The new cloud based reader has an improved look and feel, faster page loading, stream-lined navigation, better highlighting, notes and annotations, improved search, and the ability to easily index a complete listing of all notes and annotations. The new readers can be used in conjunction with the “classic” reader and is compatible with most Android and iOS Tablets. The company plans on adding the ability to read books on the browser offline in the very near future.

So who exactly is CourseSmart? Much like Next Media, it is a project involving many differnt academic publishers, such as Pearson, Cengage Learning, McGraw-Hill Education, Macmillan Higher Education, and John Wiley. They currently have around 24,000 digital textbooks from all the major U.S. textbook houses, offering access to about 90% of all textbooks used in U.S. higher education. Most books cost around $30 to $60 and allow you to save around 60% on the cost of the tangible version.