You are here: Home / Digital Publishing News / D&D Beyond is Utterly Amazing 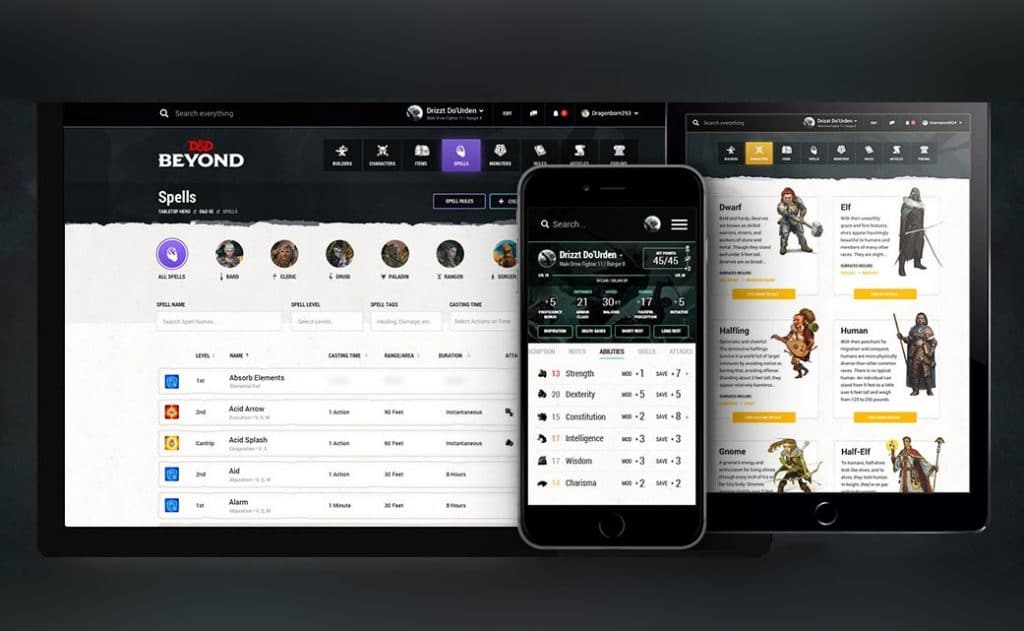 D&D Beyond is a new online system that sells digital editions of all of the rule books and campaigns. It is a great place to store all of your character sheets so you can make edits and add new spells/skills on the fly. One of the most exciting elements is that it offers a marketplace where Dungeon Masters can sell their homebrew modules.

Many people have tablets and smartphones that they bring to gaming sessions and although they do not have an app, the website is responsive.  Curse is working with the Dungeons & Dragons team and will continue to implement any new adventures and rules going forward including the upcoming Tomb of Annihilation and Xanathar’s Guide to Everything. The beta for D&D beyond included over 200K members and have created more than 240K characters.

D&D Beyond can be used without paying any money, although there are huge benefits in subscribing. The ad-supported free tier grants most of the service’s features including the full site tools and access to the community forums, though it caps users at a 6-character roster. For $3 per month, you can have an unlimited number of characters and allows users to load public fan-made content, such as custom spells and one of a kind monsters. The most expensive tier is $6 per month and gives you access to official materials. If you buy a sourcebook, such as the Player’s Handbook, you can share the digital edition with your party.

What I like about this site is that you don’t need to even register to see all of the spells and their effects. You can search for a specific spell and look at the damage and saving throws. You can also look up any monster from the Monsters Manual and look at their armor class and damage modifiers. This is great for people who constantly need to look at physical books to look up stuff they did not write on their character sheet.