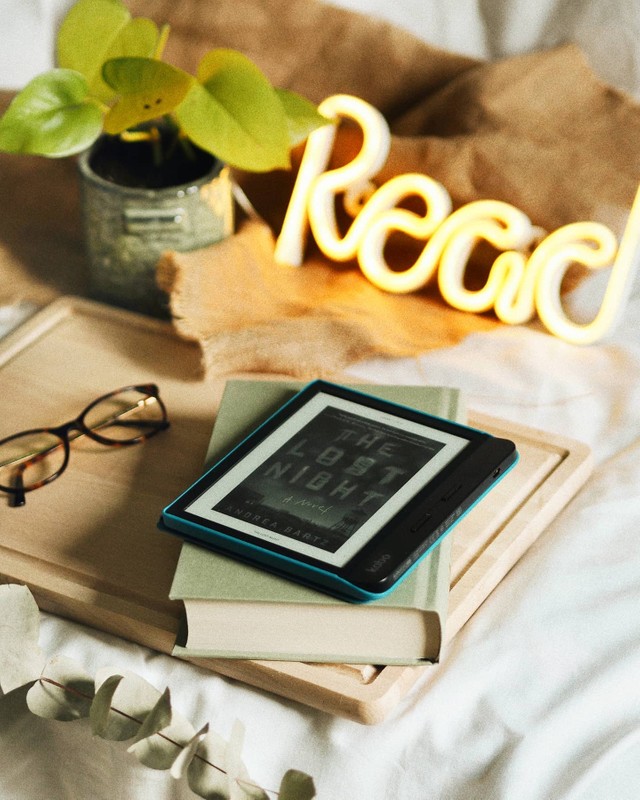 Over the course of the past 12 years many people who use e-readers to read ebooks, often go through a few different models. Some people start with a Kindle and then switch to a Kobo or begin their foray into ebooks with a Barnes and Noble Nook and switch to a Pocketbook. The question of the day, have you ever dealt with two different digital bookstores and have books purchased on a few different e-readers?

There are only a handful of e-readers that have stores that can be used to buy digital content. The modern line of Kindles can not only buy ebooks, but also audiobooks. Every single Kobo has a bookstore, and ditto with the Barnes and Noble Nook. All Tolinos have access to various German bookstores and Bookeen has their own store, full of French titles. Pocketbook has a bookstore, but their titles are more on the expensive side and have a huge catalog of royalty free stuff.

Aside from the mainstream devices that have successfully carved out their own little niche, there is also a handful of e-readers that are marketed in Taiwan, South Korea, Italy and other countries. They often have small bookstores. Storytel is in many different countries and has their own e-reader, and markets a subscription based program.

The latest generation of Android driven digital note taking devices have Google Play and can be installed to download and install e-reading, digital comics, manga and other apps. This includes models from Onyx Boox and Boyue. The Remarkable, SuperNote and Sony Digital Paper do not have app functionality, so you can only sideload in your own PDF files or EPUBS.

There are a ton of digital bookstores that sell DRM-Free content or sell ebooks with DRM and users must employ Adobe Digital Editions to transfer content to their e-readers. Humble Bundle, Baen Books, TOR and many other bookstores are very popular. Some major publishers also sell their ebooks directly, in addition to distributing them to all of the major bookstores.

The biggest markets for e-readers are the United States, Canada, UK and Germany. This is where the most devices and digital content are purchased. China is also a huge market, but it is rare that anyone will publish any meaningful data on e-reader sales or ebook sales.

Have you ever purchased ebooks from many different retailers? What retailer are you more heavily invested in?