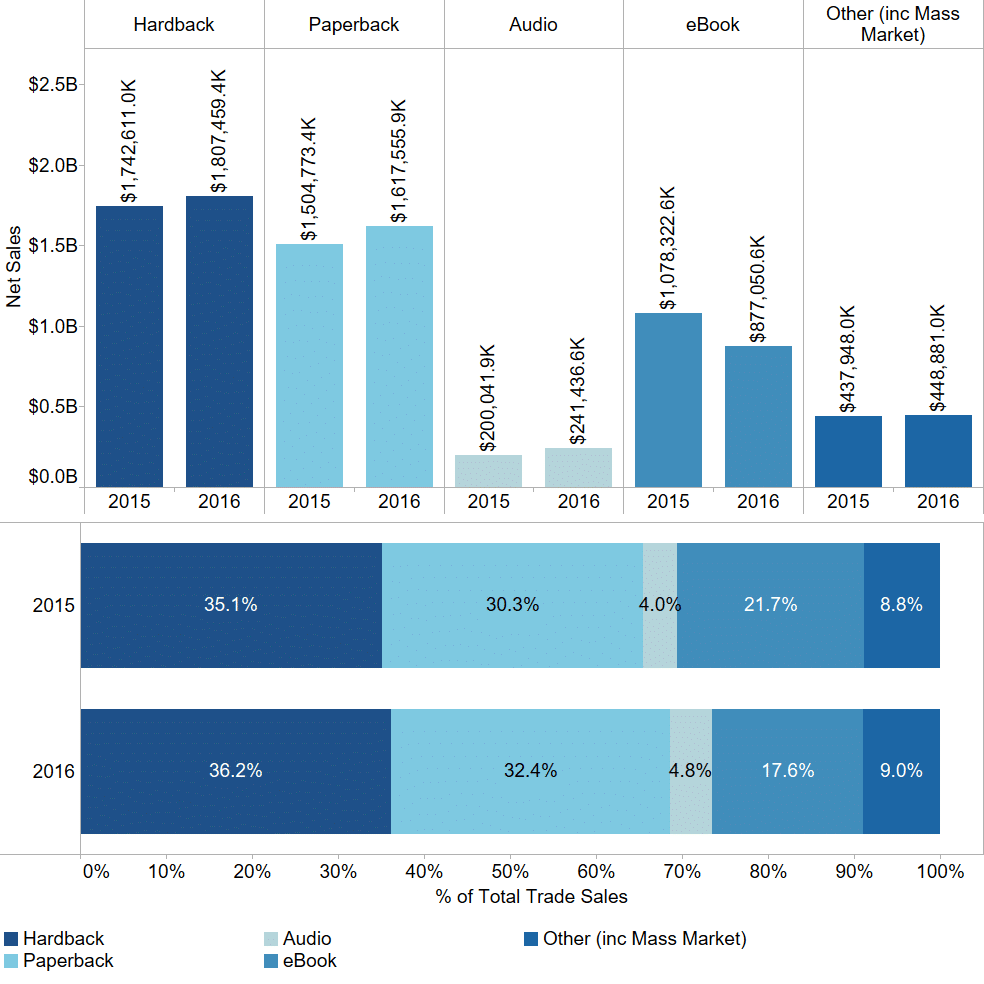 There is no denying that e-book sales continue to plummet in the United States,  as the novelty of the format continues to wane. Major publishers do not even bother breaking down digital sales in their financial reports anymore, instead they focus on print sales. The American Publishers Association has just released new data that verifies that audiobook sales are up, e-book sales are down and print continues to be the format of choice for serious readers.

Overview of First Three Quarters in 2016