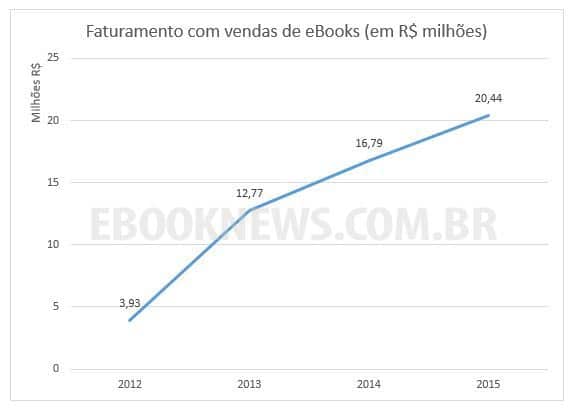 The Brazilian e-book market is on the rise and in 2015 major publishers sold over 1,264,517 titles. This is an increase of 4.2% compared to last year, but what is most exciting is that publisher revenue was 21% higher than 2014. This is primarily attributed to publishers charging more money for e-books.

In North America it has been well documented that in 2015 major publishers gained more control over e-book pricing and the average cost per title increased. Amazon, Apple, Kobo and other retailers sell e-books in Brazil and the publisher increase affected that market as well. In 2014 the average cost of an e-book was R $ 13.84, however in 2015 the cost increased to R $ 16.16.

E-Books might be trending upwards in Brazil, but  hardcovers and paperbacks reign supreme.  In 2015 over 389.27 million units were sold, bringing in over R $ 5.23 billion dollars.

One of the barriers of e-book adoption in Brazil is the high import fees on e-readers and tablets. The average person finds it financially difficult to rationalize buying a dedicated e-reading device and spending 2x what it costs.