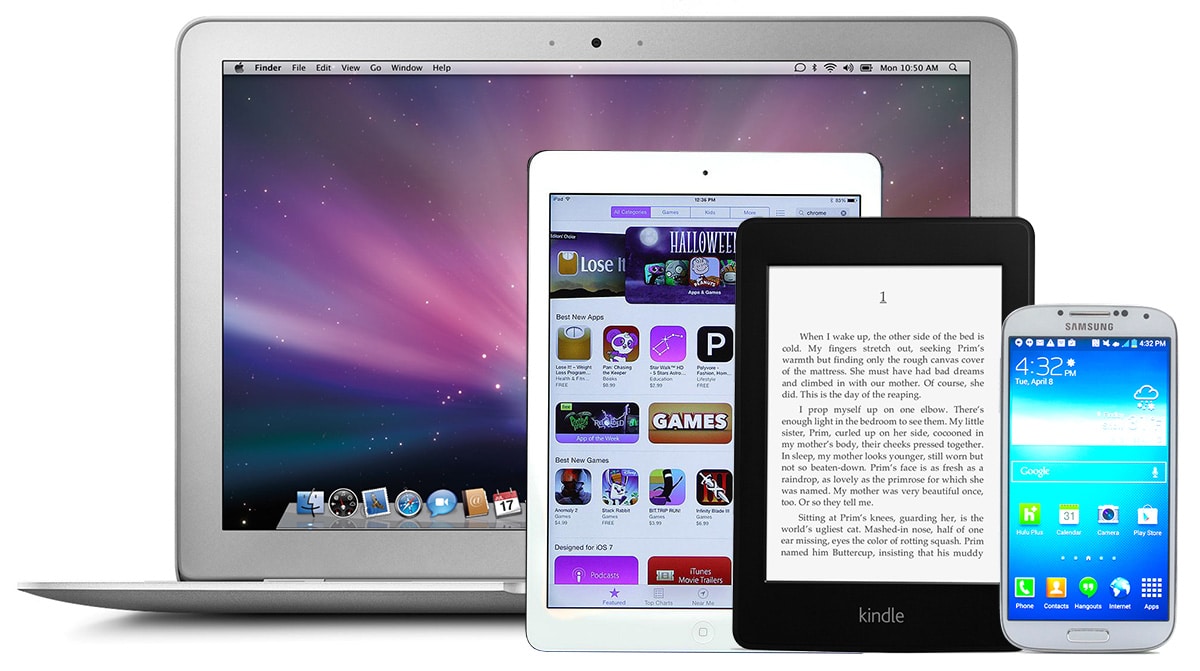 People have been enamored with reading digital books for the last six years and they are not only easier on the wallet, but there are plenty of devices that can be used to read them. Reading e-books though, has its drawbacks. There have been numerous studies that that been conducted that say it is harder to concentrate and inhibits reading comprehension,  because our brains cannot properly pause and digest what we are reading.

Kate Garland, a lecturer in psychology at the University of Leicester in England said in a recent interview that “E-books, provide fewer spatial landmarks than print, especially pared-down versions like the early Kindles, which simply scroll through text and don’t even show page numbers, just the percentage already read. In a sense, the page is infinite and limitless, which can be dizzying. Printed books on the other hand, give us a physical reference point, and part of our recall includes how far along in the book we are, something that’s more challenging to assess on an e-book.”

Neuroscientist Neil Burgress  recently gave an inspiring Ted Talk where he discussed how our brains tell us where we are.  “While there is a real push to use eBooks in the education setting, I’m wondering if and how our brains will adapt to this kind of container change. I don’t believe that it is a complete wash, but it sounds like the difference between flying with good visibility versus flying by instruments only. Without outside points of reference, it changes the operation of the aircraft completely.”

Naomi S. Baron is professor of Linguistics and Executive Director of the Center for Teaching, Research, and Learning at the American University in Washington, DC and recently wrote a book on the pitfalls of digital reading.

According to her research, a diminished ability to concentrate on what you are reading is just one of the downsides to digital reading – regardless of your age. “I did a study in five different countries with university age students in the United States, in Japan, Germany, Slovakia, and India. I asked them all kinds of questions, one of which was: what is the medium on which you concentrate best?  So print was a possibility…your cell phone was a possibility…a laptop…an e-reader…a tablet.  Ninty-two per cent of all the students ages 18 to 26 said, ‘I concentrate better when I read in print.”

“The problem with reading digitally is that it is a medium that encourages us to keep going, to scroll forward, to page forward…not to have a sense, let me go back and see what was it that this character said?  Or what was it that this political figure said a couple of pages back?  Print gives us the leeway to pause and think, where digitally, the medium encourages us to keep going forward.” she said.

Abigail Sellen of Microsoft Research Cambridge in England and co-author of The Myth of the Paperless Office said in a recent interview “e-readers, smartphones and tablets interfere with intuitive navigation of a text and inhibit people from mapping the journey in their minds. A reader of digital text might scroll through a seamless stream of words, tap forward one page at a time or use the search function to immediately locate a particular phrase—but it is difficult to see any one passage in the context of the entire text. As an analogy, imagine if Google Maps allowed people to navigate street by individual street, as well as to teleport to any specific address, but prevented them from zooming out to see a neighborhood, state or country. Although e-readers like the Kindle and tablets like the iPad re-create pagination—sometimes complete with page numbers, headers and illustrations—the screen only displays a single virtual page: it is there and then it is gone. Instead of hiking the trail yourself, the trees, rocks and moss move past you in flashes with no trace of what came before and no way to see what lies ahead.”

Anne Mangen of Norway’s Stavanger University conducted a study in late 2014 and found that students who read print books have a higher degree of empathy and transportation and immersion, and narrative coherence.

There is growing evidence from laboratory experiments, polls and consumer reports indicating that modern screens and e-readers fail to adequately recreate certain tactile experiences of reading on paper that many people miss and, more importantly, prevent people from navigating long texts in an intuitive and satisfying way. In turn, such navigational difficulties may subtly inhibit reading comprehension. Do you think this is the case? Drop a comment below.