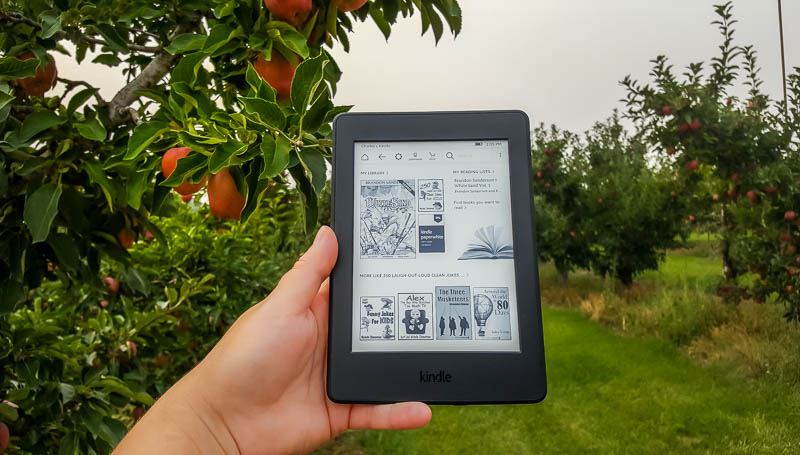 The Authors Guild has accused Google of promoting ebook piracy in their search engine results and paid services such as Adwords. Piracy is rewarded with millions of dollars in revenue from the Adsense program.

The US Senate Judiciary Subcommittee on Intellectual Property is looking for options to address online piracy. Earlier this year, it held a hearing to see what could be learned from copyright policies in other countries. This week on June 3rd, a new meeting took place and the Authors Guild is mad about piracy, Google and how the DCMA program is fundamentally broken.

Douglas Preston, president of the Authors Guild, which represents over 10,000 professional writers. Many of the Guild’s members are struggling due to piracy, he says, because the DMCA doesn’t work as intended. “The notice-and-take-down system is not working — at least not for authors, other individual creators, and small creative businesses,” Preston informed the Senate Subcommittee.

Preston said “In the last decade, the number of piracy complaints handled by the Authors Guild has skyrocketed. A study by Nielsen and Digimarc in 2017 indicated that pirates were selling 315 million dollars of stolen ebooks a year of illegal downloads,with pirated ebooks depressing legitimate book sales by as much as 14%. Since then, based on the amount of ebook piracy reported to the Authors Guild, that number has probably doubled. Studies have shown that the vast majority of illegal book downloads occur because they are so easy to find and acquire, and that the users who acquire ebooks illegally would have acquired the book legally (by buying a legal ebook or print copy or checking one out from the library) if the “search costs” of pirated ebooks were higher—in the other words, if illegal ebooks were more than a few clicks away. And a new issue has developed in the last couple of years with the rise of pirated commercial ebooks sold at low cost on the same platforms as legitimate copies: unknowing readers innocently buy the illegal copies thinking they are just getting a good deal. ”

There is a clear correlation between the growth in piracy and the decline in incomes of authors. In 2018, mean writing incomes for full-time professional authors went down to $20,300, a 42% reduction in real dollars from a decade prior. Richard Conniff, writing in The New York Times, starkly sums up the impact of piracy on authors: Authors need to eat, too, and we get by (or not quite, these days), by showing up at our writing places at a designated time day after day and staying there till we have fretted out our quota of words, to be sent off, after a time, to a publisher, in the hope that, two or three years down the road, a few pennies may come trickling back under the ludicrously grandiose name of “royalties.” These days, though, what comes trickling back are mostly email alerts about websites in brazen violation of copyright law, offering free downloads of books the authors have spent years of their lives producing. At the moment, I have about 400 such offers of my own books in an email folder labeled “Thieves.”

There are a number of sources for ebook piracy.

Preston said that the current DMCA system is broken. “It is nearly impossible to estimate the number of active pirate sites at any given moment, but studies show that even the most robust and vigilant notice-and-takedown efforts lag behind the genesis of new sites and number of pirate posts on existing sites, resulting in an inexorable increase in the total number of pirate sites over time.”

Sarina Bowen, a best-selling author, an Authors Guild member, and active campaigner against online piracy, describes, like so many others, her experience in sending take-down notices as playing “whack-a-mole all day long. You can take down a book on one site and it will pop up on another site or even on the same site the very next day because someone else has uploaded it.”

Preston fired shots at Google, accusing them of being asleep at the wheel “Google makes it particularly easy to get to these pirate sites and unknowingly buy pirated copies. In response to a user’s query for a book, Google’s search engine results include a carousel of Google Shopping ads from various third-party sellers, which users can click to buy a desired copy. Those Google Shopping buy buttons include links to pirate sites and pirate eBay sellers mixed in with legitimate vendors, sometimes even ranking above legitimate vendors in search results if the pirates have bought promotional placement on the page. And since there is no way to tell a licensed ebook copy apart from a pirated copy, users will usually choose the cheapest offer not knowing that these cheap ebooks are in fact pirated copies. As explained earlier, readers generally do not know that most publishers—certainly all of the major ones— only sell ebooks through a handful of authorized sellers. It should be fairly simple for Google to screen out unauthorized sellers from Google Shopping, for instance by obtaining information about licensed vendors from publishers, yet the internet giant has undertaken no such effort to prevent Google Shopping from becoming a conduit for pirates selling illegal copies to unsuspecting users. ”

He went on to say  “The search giant is equally indifferent to linking to pirate sites in its search results. Google refuses to de-index infringing sites even after receiving many thousands of take-down notices and having knowledge, but will demote the site in search results in connection with commonplace search queries. The Authors Guild has asked Google in the past to de-index sites like Ebook.bike and Epub.pub from search results for books, but we were only successful in getting them demoted so they don’t appear whenever a user searches for a book title on Google. Users can still find the sites if they know the URL or the site name close enough to the URL.

Ebook piracy is getting smarter, instead of having static websites that can be crawled with search engines. They are getting savvier and selling ebook bundles on eBay, distributing materials via private Facebook Groups, taking advantage of the LinkedIn’s SlideShare platform.  Academia.edu, Scribd, Google Play, and Google Drive are other platforms being used to advertise and distribute pirated content.

How do you kill ebook piracy for good, in the United States? Douglas Preston thinks there should be an express take down and stay-down regime. Congress could enact a new provision that provides that a take-down notice applies to every full-length, identical copy of the particular work. In other words, one notice does not result in one take-down, but in the removal of all current and infringing copies of that work.