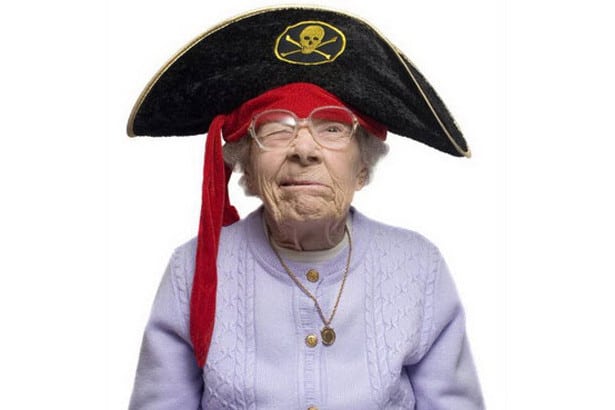 It is easy to see how pirating copyright material in the digital age contrasts to how we people used to do it. You might remember mixed tapes, when cassette players first got the ability to record content, many people heralded it as the end of the music industry. People gave them to their high-school crushes and to their friends, and despite that fact they owned the music they were making a tape of, they were unlawfully distributing it. Next came VCR’s that had the ability to record television shows or movies you watched and enabled you to make your own private recordings. This spawned a tape trading underground that people mailed their tapes to each other or just loaned them out to friends, again it was harmless, but recording television shows was against the law at the time. Fast forward to the digital age when Kazaa and Napster hit the scene and piracy exploded, as it was easier then ever before for non-tech-savvy users to download full albums. Expanding on the peer to peer file sharing concept, Bittorrent piracy sites now flourish and pick up where Napster left off. Entire generations of users grow up getting their music, movies, and books for free and feel no moral qualms about what they do.

Many people initially purchase an e-reader because of the low entry level price points for the technology. It makes perfect sense if you are a voracious reader to buy a digital book reader for under $100 and then purchase ebooks that cost less then their tangible counterparts. A new hardcover costs anywhere between $20 to $40 and an ebook normally retails for $9.99. If you love to read, it makes sense to give your overflowing bookshelves a break and start amassing a digital library. The problem is a growing number of people choose to pirate the books instead of paying for them.

From various interviews and research we have conducted over the years, there are three main reasons why people pirate. The first reason is the type of person that grows  up pirating content and has absolutely no moral qualms about doing so. The second is people who have a lack of a stable income or fixed income and still wants to satiate their literary thirst. Third, in the eBook realms people tend to pirate books they cannot get locally due to geographical restrictions or the lack of an official copy (such as Harry Potter).

Let’s take a look in greater detail at the three main types of people who pirate ebooks and try to understand why they do it. It is only by understanding the reasons behind the actions can people tailor the industry and try to get them to become paying customers. After all, DRM on ebooks alienates the users who actually paid the money for them and might want to load them on other devices. In addition, all current forms of DRM have been circumvented and you only have to Google any type to find easy to use tools to break it.

The current generation of young adults and adults who grew up with the internet in full swing have it easy. You only have to Google any book you want to find a pirated copy on file sharing websites or via Torrents. Movies, Games, Music, and many more are but a few clicks away and presented in super high quality. Many authors find themselves in the predicament that more people are pirating their books than they are actually buying them. This plays into the moral ambiguity angle we mentioned before, with people commonly aged 10 to 25, see no problem with file sharing because they have always done it. It is free and online and they aren’t really hurting anyone and getting content easier than paying for it. This is the type of situation that is hard for the industry to solve because how do  you make money if people are getting your content for free?

The second reason for piracy and the situation most people can empathize with is the lack of income or a fixed income. Many pensioners and people who faced life changing disabilities are downloading and pirating ebooks. They simply are in a position where their monthly income is not enough to sustain their entertainment needs, which become more expensive every year. After bills, food, and expenses, there is not enough money left over to entertain yourself. It is easy to feel sympathy towards this demographic of people, but in effect it hurts the entire industry.

Many people find themselves in a unique position that the books they want to buy are simply not available! Most have told us that they would LOVE to throw money at ANY company that offered the books in their country that they want to buy. The Harry Potter series is the most pirated book of all time and it is mainly because they have never been officially released in digital format. If you look at the average pirated version, it is not some scanned copy that is hard to read but very slick and professional book editing to make it seem like the real deal. Geo-graphic restrictions by booksellers is also one of the largest reasons most people cite for having to pirate the book. Many publishing companies have different agreements in different countries and in some cases different units all together. You only have to look at the huge selection in the Amazon.com Kindle Store and visit the same store in Canada, UK, and Australia and the selection dramatically dwindles. Publishers and Book Sellers simply don’t have the rights to distribute books in different countries which stifles the growth of ebooks in general.

So how can the industry combat the ebook piracy issues? It is a daunting task and a huge mountain to climb in order to solve the problem. The most hurt are indie and first time writers who see a lack of revenue come in and fail to garner book deals because sales numbers are everything. They also hurt the publishing companies themselves, the big six are fairly immune to this problem but the smaller and mid-range companies are particularly vulnerable. We at Good e-Reader have NEVER endorsed piracy but we have open forums and sometimes things get uploaded that should not, but we are always diligent in policing it. I would say we are more vigilant than Megaupload and other file sharing sites that simply turn a blind eye to the entire problem.

There are two big ways the industry can adapt in order to curb the piracy problem and start to dwindle down on the number of people contributing to the problem. Stand alone books in the form of applications for Android and iOS is a solid start and advertising in books.

The Apple iOS ecosystem is the most lucrative way for authors and publishers to submit their content and maximize their returns. Most books that are considered enhanced are standalone applications that you have to buy via the iTunes store. Some of these books have interactive content, audio, video and more. A fair portion of them are aimed at kids because they are great learning tools and don’t cost a ton of money. These are not EPUB books per say, but instead are fully fledged applications that are notoriously hard to pirate.  It is quite easy to pirate a book that is in PDF, ePub or MOBI format but pirating an iOS app? Not so much. Now that Apple has released new tools for authors to make their own books in a proprietary Apple format exclusive for iBooks, this is a step in the right direction. You can either make a book as an app or make a book available in a format that no other device can read.

I have debated the semantics of this issue before, but advertising in ebooks is a viable way for the industry to mature and actually make money on people who pirate your books. Companies could tremendously benefit by offering free versions of their books but having internet banners or ads embedded in them. Amazon released the Kindle Special Offers Edition line of devices that show an advert on your screensaver and homescreen but never in a book. This subsidizes the cost of the hardware to serve you relevant campaigns from their partners. Companies could run Google Ads since almost every PC, eReader and Tablet on the market right now has WIFI connections and could make money from people pirating them. The industry also should develop metric tracking software embedded right into the book that would provide valuable metrics so they could keep track of who is reading their books and in-turn sell that information to advertisers.

Piracy will never go away and the easier it becomes to do the more people will do it. If there is a new form of encryption or security people will break it in short order and offer easy to use tools for people to download. The industry in order to combat this problem should not go after the pensioner who likes to read or the 13 year old reading a James Patterson book, but should incorporate new technologies to make piracy profitable.

I really think that enhanced ebooks and ebooks as apps is the way the industry is gravitating towards right now. You only have to look at the Apple Newsstand and companies like Zinio. All of their newspapers and magazines are basically enhanced ebooks with cool interfaces that are tailored towards a touchscreen device. You simply could never get the same effect in a PDF document and most people would gladly take out a Wired Digital Subscription for a low cost and get touchscreen optimized features then try and find a pirated version of it somewhere.  Same goes with eBooks that are sold and marketed as enhanced books. You simply cannot make an EPUB or a pirated book file out of a proprietary copy that has rich media features that could not be rendered on a e-ink based device like the Kindle.

Companies have been trying to solve the built in book advertising solution for a number of years and even Amazon has filed several patents on technology that they are trying to develop. I feel this endeavor would cost too much money and people aren’t interested in investing a ton of money in research and development without a firm notion if the premise will take off and people would be willing to license it.

Why do  you think people pirate books? This is a fairly complex issue and would love to hear what you have to say about it.