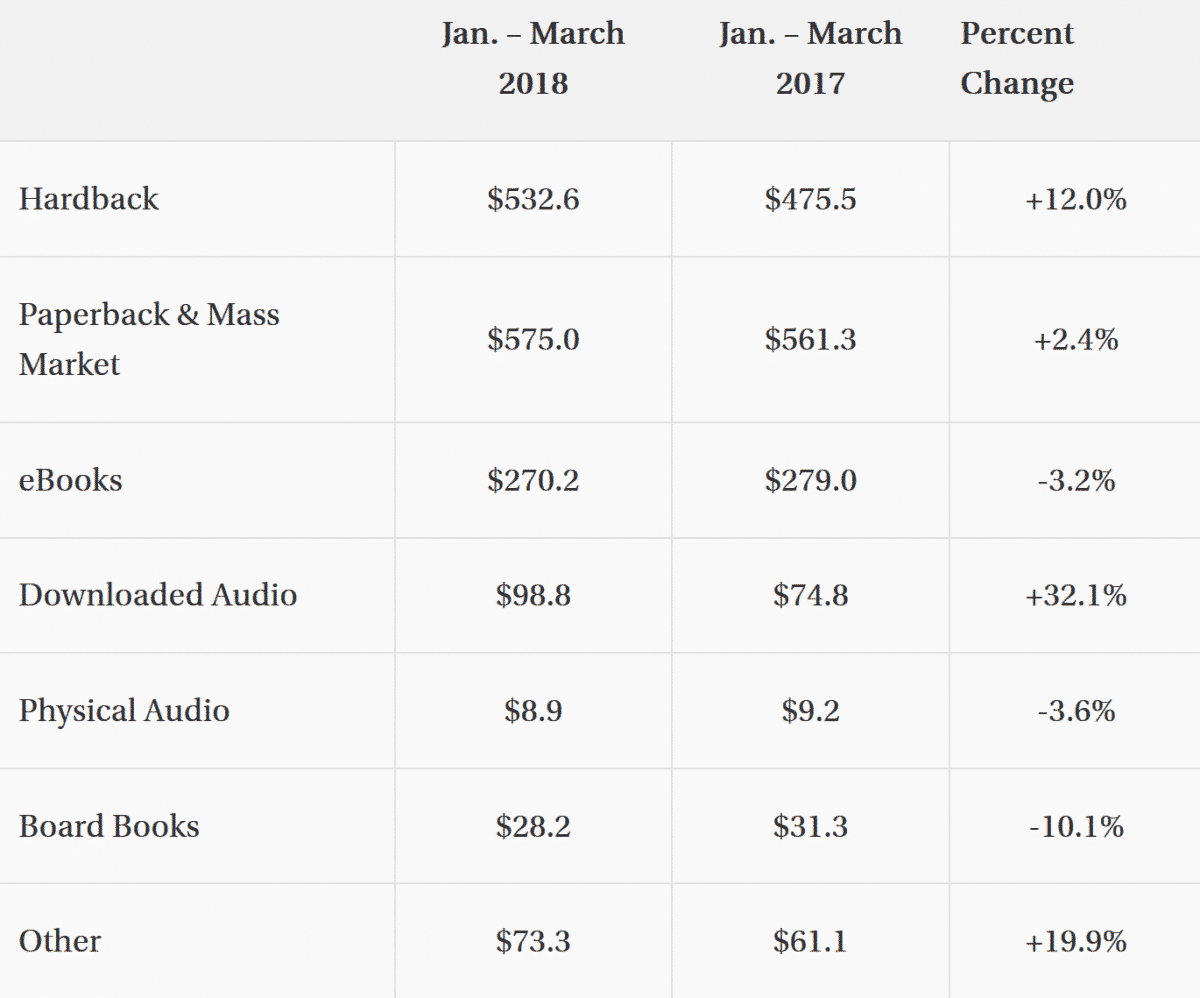 Major publishers continue to experience tremendous declines in ebook sales for the past four years. In 2017 they declined by 4.7% and generated $1.103 billion in sales. In the first three months of 2018 ebook fell 3.2% and brought in $270.2 million in revenue. Publisher revenue for eBooks grew 1.5% in March 2018 compared to March 2017, with Adult ebooks being the reason for the increase.

Audiobooks continue to be the fastest growing segment in digital publishing. Digital audiobooks increased by 25.8% in 2016 and generated $264.8 million in revenue. Last year audiobook sales saw another strong gain of 30% and major publishers brought in $343.4 million dollars. In the first three months of 2018 audiobooks increased their market share by 32.1% and accounted for $98.8 million in sales.

What I find interesting about audiobooks is that they make more money now than mass market paperbacks. In terms of ebooks, I find it comforting that on a quarter by quarter basis they are no longer declining by double digit figures like they were in past years. Perhaps this is due to sales finally leveling off and the customers who are willing to pay higher prices are continuing to buy.