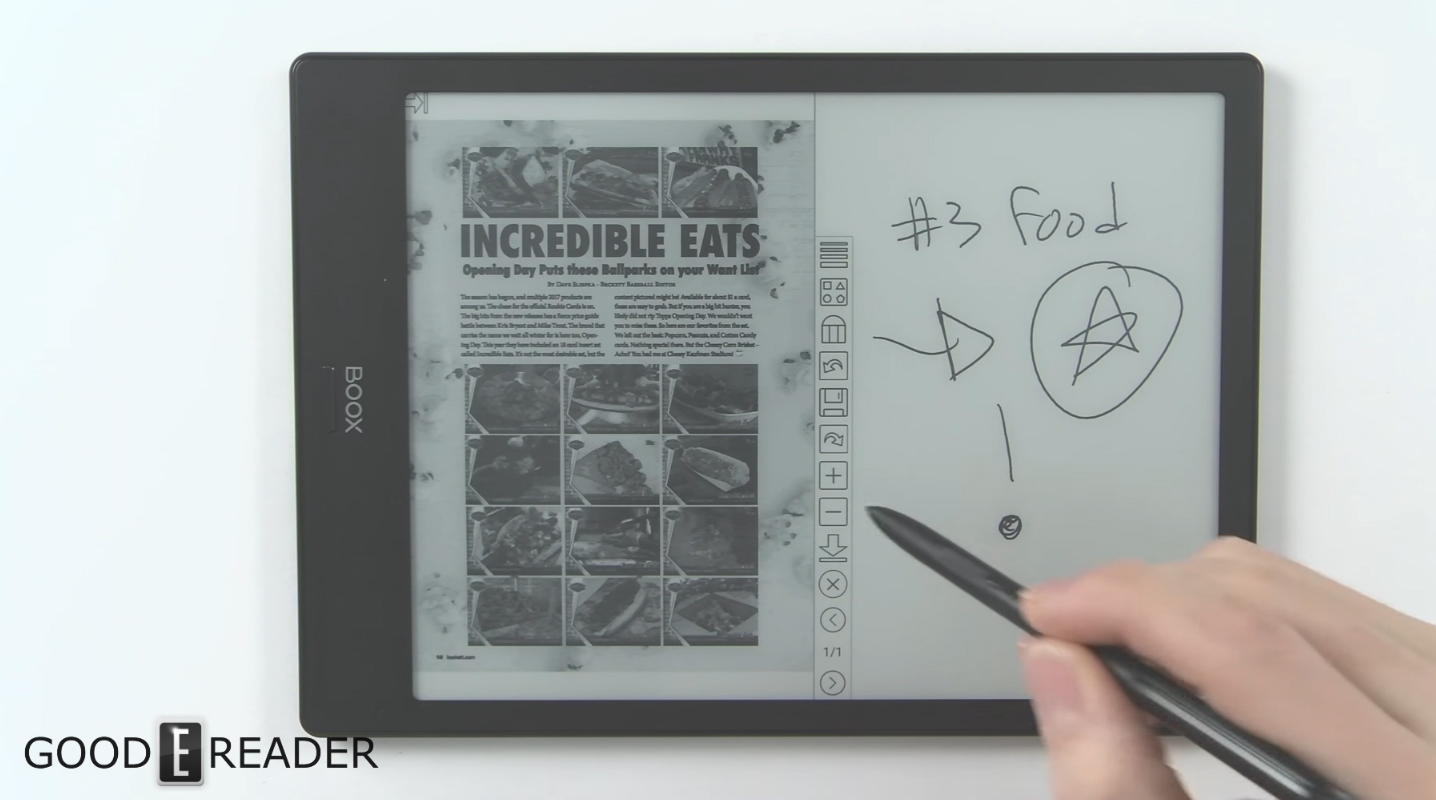 The Onyx Boox Note comes with a stylus and the nib on the stylus is quite different than the ones the Sony Digital Paper employs or even the Remarkable. The Onyx stylus is pointy and made of hardened material, which doesn’t have much give. The Note was primarily designed for just pressing down normally and selecting the size of the pen with a menu function. This all changed when Onyx released a firmware update that added 4,000 degrees of pressure sensitivity. The Note nor the stylus was built for pressure sensitivity in mind and this might be contributing to the scratching problem.

There has been many reports that users have submitted to us and others have elected to write reviews on the Onyx Boox Note Amazon product page. There is just a small amount of people that are affected, it is likely because of the way they are holding the stylus and the amount of force. Onyx is keenly aware of this issue and quietly unveiled new screen protectors for the Note and MAX2 for $3.99 each.

I think the main problem that the Note faces is due to the screen technology. The Onyx Note is geared towards digital note taking and has a WATOP/WACOM layer that is used for stylus interaction. The next layer is the E-Ink Carta and Mobius screens. This is the e-paper layer that displays the content, your notes and scribbles.Underneath that is the EPD controller that are primarily responsible for driving the content generation on the e-paper display.