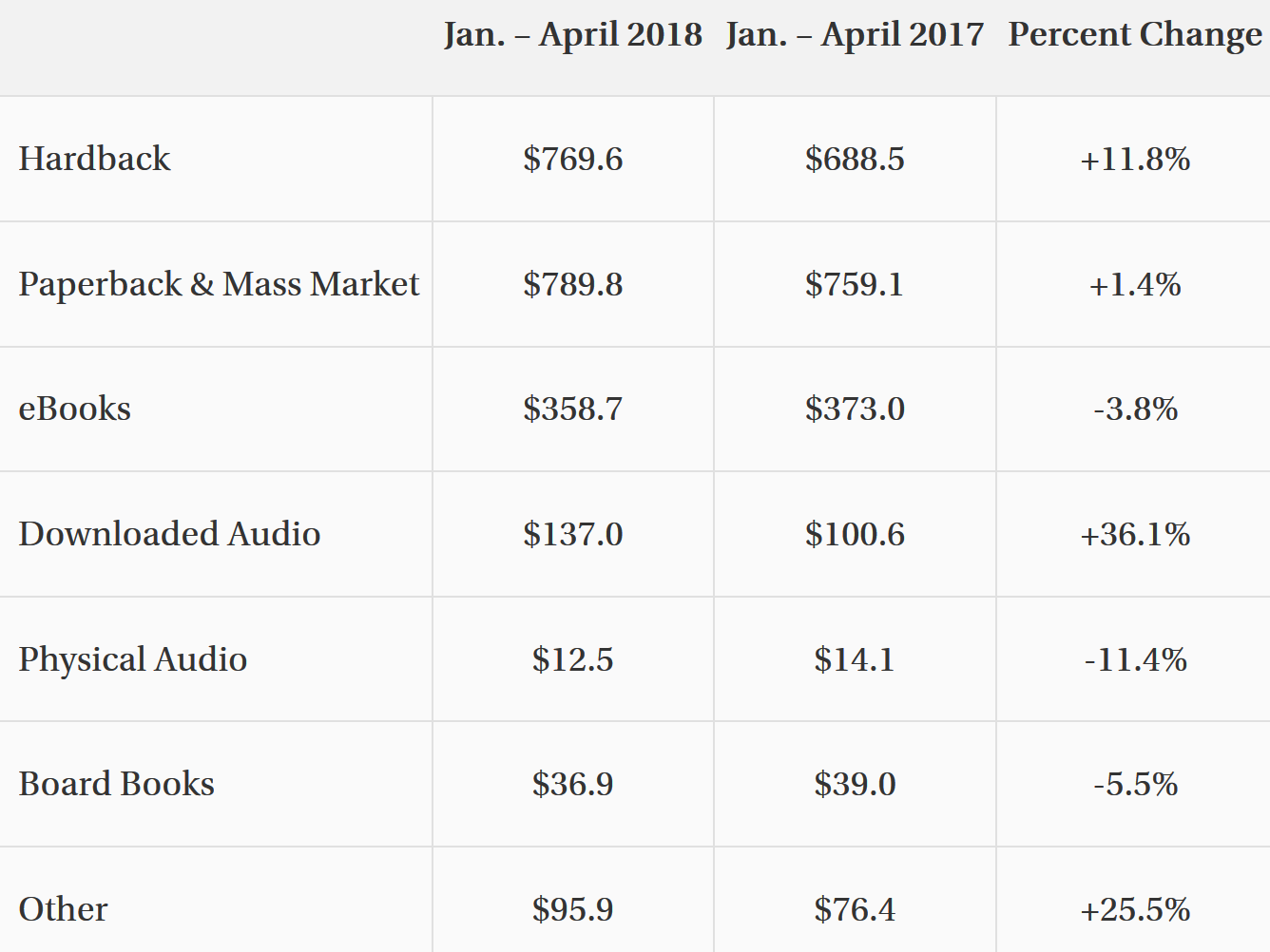 In the first four months of 2018 publishers revenue increased by $172.8 million (+5.5%) compared to the same period in 2017. Downloaded audio continued its significant growth and revenue for eBooks declined slightly.

Declining ebook sales are not just an anomaly in 2018, but have been occurring for quite some time. Traditional publishers sold 10% fewer ebook units in 2017 compared with the previous year, according to data released by PubTrack Digital. Total sales were 162 million in 2017 rather than the 180 million units sold the year before. Nielsen’s reports put 2016 ebook unit sales from the top 30 traditional publishers down a full 16% from their 2015 numbers.

One of the big reasons why traditional publishers ebook sales are crashing is because they have priced themselves out of the market, and their 10% drop in 2017 and 3% decline in the first few months of 2018 is just the latest evidence that the value a traditional publisher adds — whether editing, gatekeeping or marketing — isn’t as highly valued by ebook buyers as a low price tag.