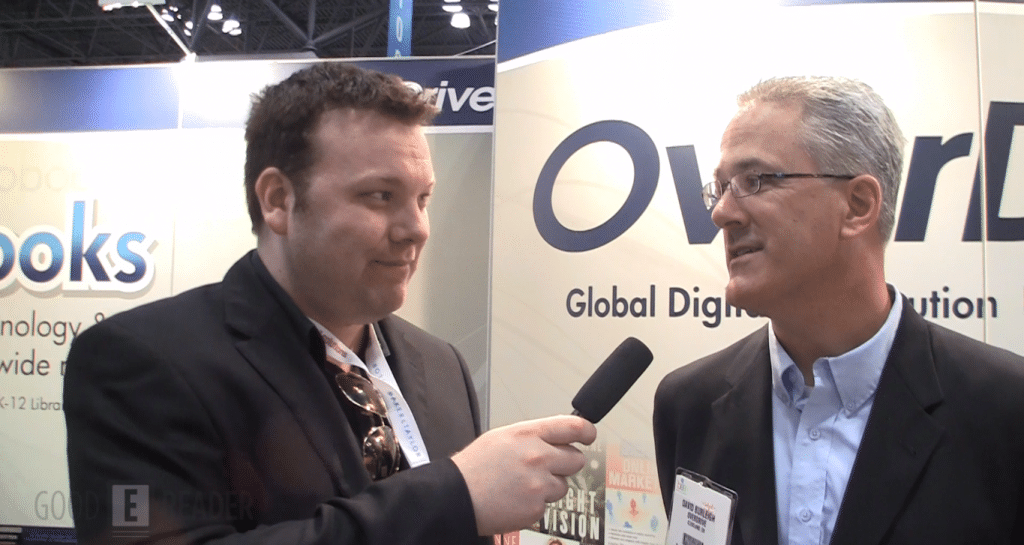 One of the companies we were very excited to speak with at this year’s Book Expo America was Overdrive. In the last few weeks they officially unveiled the Overdrive Reading App and the new Touchscreen terminals. During this interview we talk about the acquisition of Australian based Bookish and how the technology was augmented to suit the needs of a wide array of internet browsers to read books from the library.

This is a great interview and we talk about how digital library lending has changed the way people access books and how libraries themselves have adapted to it. Overdrive has a strong presence in not only libraries but also in schools and corporate institutions. David mentioned that schools right now have the highest potential of growth for future business, almost all libraries right now are either currently doing business with them, or on the cusp of doing it.

During the course of the interview, we talk about the most emerging markets and talk specifically about Softlink and the Australian market. Finally, we talk about how publishers are responding to digital lending conundrum that either limits the amount of times a book can be loaned out or if they are entirely non-committal.