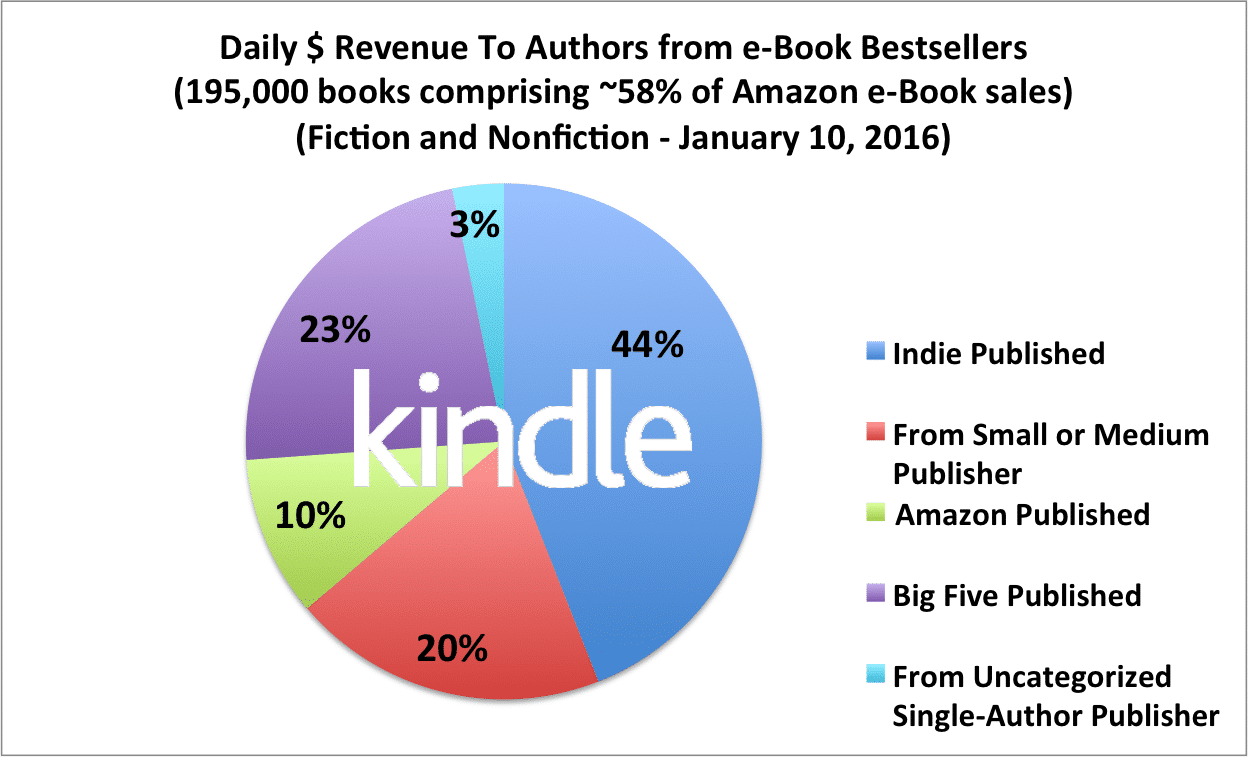 Author Earnings is an extensive report that looks at Amazon e-book sales and the digital publishing industry at large.  The February 2016 report has just been released and they have revised some of the ways they compile their data. They have updated their methodology for correlating rankings to sales and also added print and audio data/analysis.

The key takeaways from the new report is that The Big 5 now account for less than a quarter of e-book purchases on Amazon, while indies are closing in on 45%. The report also found that overall US e-book sales have actually gone up in dollar terms. The blue indie line shows where most of that increase is being funneled. Today, a quarter of all consumer dollars spent on e-books in the US is spent purchasing indie-published e-books.

You can read the full report HERE.