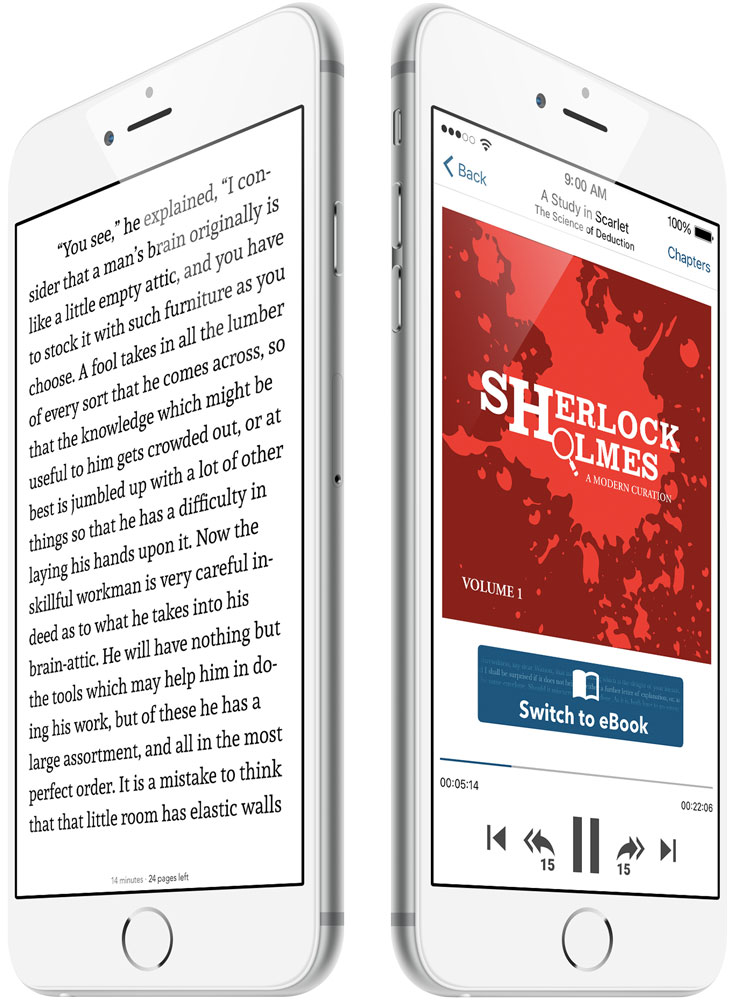 Findaway is the largest audiobook distributer in the world and they power the collections of Nook Audiobooks, Scribd and hundreds of others. The company has just released a new app called Duobook, which blends the audio and e-book experience, which suggests the company might be pivoting in a new direction.

At its core, DuoBook is an audiobook player and an eBook reader in one app, but its biggest feature is how it aligns the eBook and audiobook together, allowing you to switch between formats without losing your place in the story. You can listen for a while, maybe during your commute, and then at night maybe you prefer to read before bed — when you pick up the eBook, DuoBook puts you at the right page in the story so you can just pick it back up and continue seamlessly.

Will Dages the lead developer at Duobook told me that “Every story in DuoBook will always come with both formats (audio and e-book), so there isn’t a notion of buying one format and adding on the other, it’s always a package deal. DuoBook works on iPhone and iPad right now, and syncs your position in the cloud, so if you have two devices you can switch between listening on one and reading on the other seamlessly. An Android app is coming in 2017.”

Findaway primarily markets a basic audiobook engine their customers and access to their API library incase larger companies have developers who are going to make an audio engine from scratch. Dages said “We didn’t use the white label app as our starting point for DuoBook because of how much custom work was involved with aligning the eBook and audiobook together, and the white label app is meant as a great starting point for an audiobook player, but isn’t geared towards the eBook half of what we built for DuoBook.”

Duobook launched last week and only has a handful of titles in their library, while they work out the kinks. Dages assured me that in 2017 we can expect hundreds of additional audiobooks/ebooks will be available.