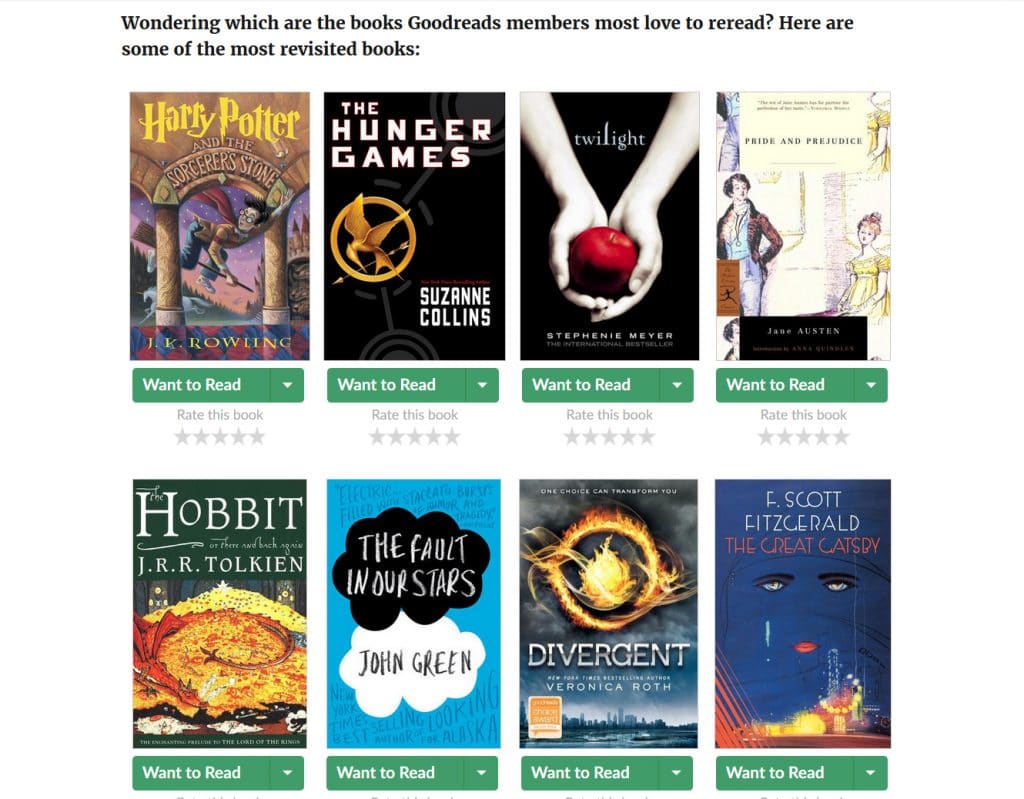 Millions of GoodReads users orchestrate their own reading challenges, whereby they set a book goal for the calendar year. Sometimes you simply want to reread the Harry Potter saga or one of the Divergent books, but in the past they would not count towards your goal. This has all changed with a new BETA ReRead feature that will be rolled out globally in the coming months.

Next time you decide to reread a book that you’ve already marked as Read on Goodreads, simply mark it as Currently Reading. When you are done, just mark it as Read. You can do this from the Goodreads iOS and Android apps and on Goodreads.com, as well as in the About the Book feature on Kindle

GoodReads is rolling out the ReRead system in stages because their 60 million members have added more than 1.7 billion books to their shelves, so it is quite the engineering challenge.