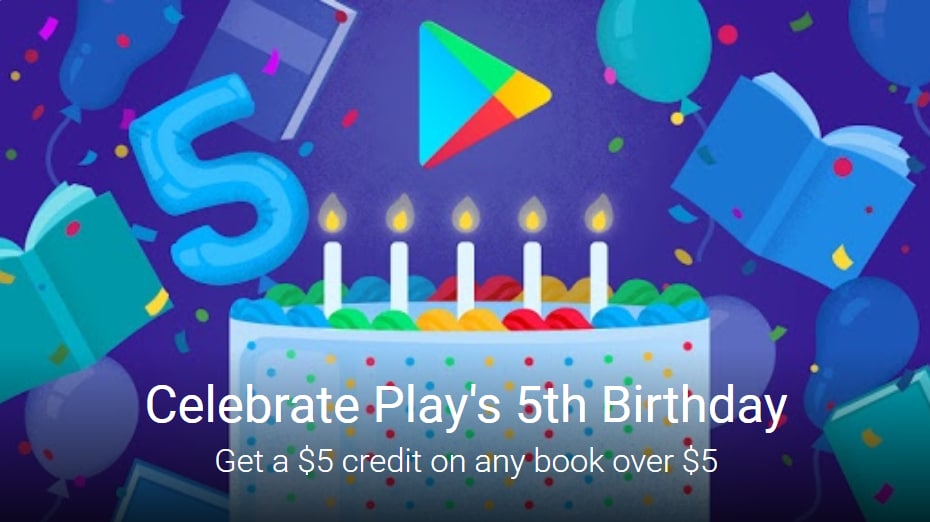 Google Play is celebrating their 5th anniversary since they abandoned the “Android Market” moniker with a promotion that is sure to resonate with people who like to read. The company is offering $5 in free credit to purchase an e-book from a dedicated list. There is a ton of bestsellers available by authors such as Stephen King, Neil Gaiman, J.D. Robb, John Grisham and hundreds of others.

The $5.00 credit can only be applied to eligible book titles with an on store price of greater than $5 before tax is imposed. Your credit will be applied at checkout and you have until March 24th to redeem said credit. Sadly though, this is yet another promotion that is only available in the United States.