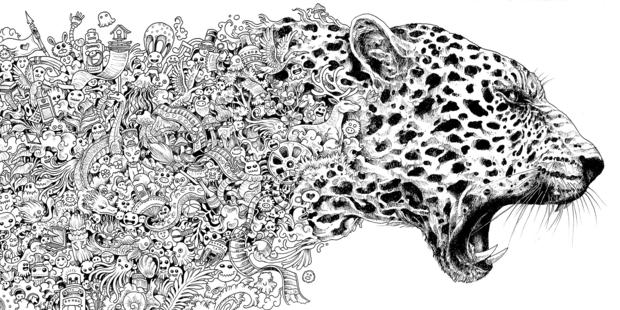 A recent fad has meant a huge boom for the book industry, with publishers and booksellers alike sharing the joyous news of record quarterly sales increases. Unfortunately, the adult coloring book craze that gave the industry this much-needed boost may be on its way out, much to the chagrin of those with a stake in it.

One phenomenon that happened in young adult lit may also be to blame. With the overnight success of series like The Twilight Saga and the Hunger Games trilogy, coupled with indie author breakout stars like Amanda Hocking, the sales channels quickly filled up with a glut of traditionally published and self-published YA content (bonus points if there was a vampire involved). Even assuming that every single title was an incredibly written novel, there was simply too much material for that number of authors to all succeed.

The same may be said for the coloring book genre. Walmarts and dollar stores are now selling adult coloring books, leaving the retail behemoths like B&N and Amazon floundering to sell their vastly higher priced editions. Of course, that’s just one projection.

“Coloring has a long-term future and is becoming a category within the publishing industry,” said Elizabeth Martins of Fox Chapel Publishing. “In fact, 50% more coloring books were sold in 2016 than in 2015. And the number of coloring book publishers increased by 175% in 2016.” {Source: BookScan}

However, Martins was referencing the evolution of the coloring book into far more than just the annoyingly complex black-and-white line drawings that have filled the shelves so far. Fox Chapel is branching out into “name brand” coloring books, and even more intriguing, faith-based titles.

“Two of the five coloring books titles on ‘Pub Alley’s’ 15 title Nonfiction Bestseller list on 01/15/2017 were faith-based coloring. Fox Chapel’s own Complete Guide to Bible Journaling: Creative Techniques to Express Your Faith by Joanne Fink quickly became an Amazon best-seller after only two weeks out.”

Like everything else about publishing, the old sink-or-swim adage has become “evolve or be gone.” If the coloring craze can continue to move forward by offering something new and appealing, the genre may do well for itself. It may even become a mainstay, just as children’s coloring books or adult Sudoko books have. Only time will tell if the publishers can continue to reach artistically-minded consumers with fresh content.