Barnes and Noble gets skewered in the media for their massive decline in Nook ereader and ebook sales, but the bookseller sells more content than Kobo. Barnes and Noble sold 19 million Nook books in the United States from early 2016 to early 2017. Kobo sold 10.6 million e-books in five different countries. They sold 1.2 million in the US, 1.1 million in the UK, 6 million in Canada, 1.3 million in Australia and 416,000 in New Zealand. 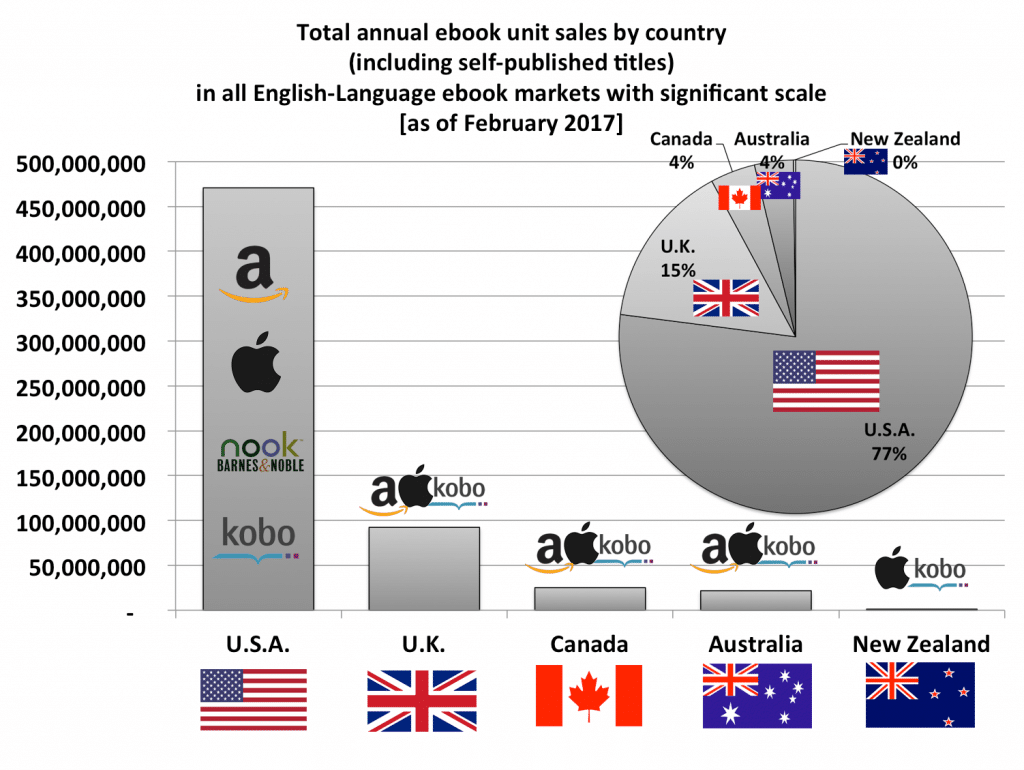 B&N and Kobo digital sales pale in comparison to Amazon who sold over 406 million Kindle books during the same time period in the United States, 84 million in the United Kingdom and 14 million in Canada. Total Kindle sales in the last calendar year was over 518 million. Amazon accounts for more than 80% of English-language ebook purchases.