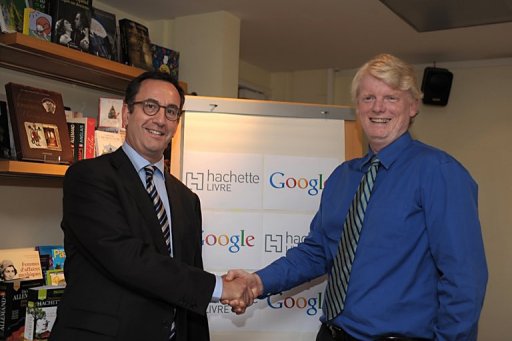 Google Play Books is now available in France! Google said its selection includes hundreds of thousands of French titles – everything from new releases to classics to bestsellers. You can easily get access to Antonin Varenne, Eric-Emmanuel Schmitt, Fred Vargas, and Dominique Sylvain, plus new international bestsellers.

This is the 5th European market that Google has entered with its digital ebook store. The European market is a growing sector for Google and they have opened up other stores in Germany, Spain, Italy, and the U.K. earlier this year. Customers can access their content on any Android or iOS device.

In a recent blog post Google said, “Books on Google Play is all about choice: we’re offering many titles and many ways to access and read them, so that your library is literally at your fingertips no matter where you are. You can choose from great titles from hundreds of award-winning and diverse publishing houses at launch, not to mention the telethousands of international publishers Google works with around the world.”