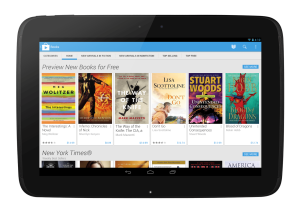 Android is the most popular operating system in the world, but many people buy their ebooks from retailers such as Amazon or Kobo. Play Books is installed by default on hundreds of millions of smartphones. Google has just announced their top 5 new books that had the most sales in May 2017.