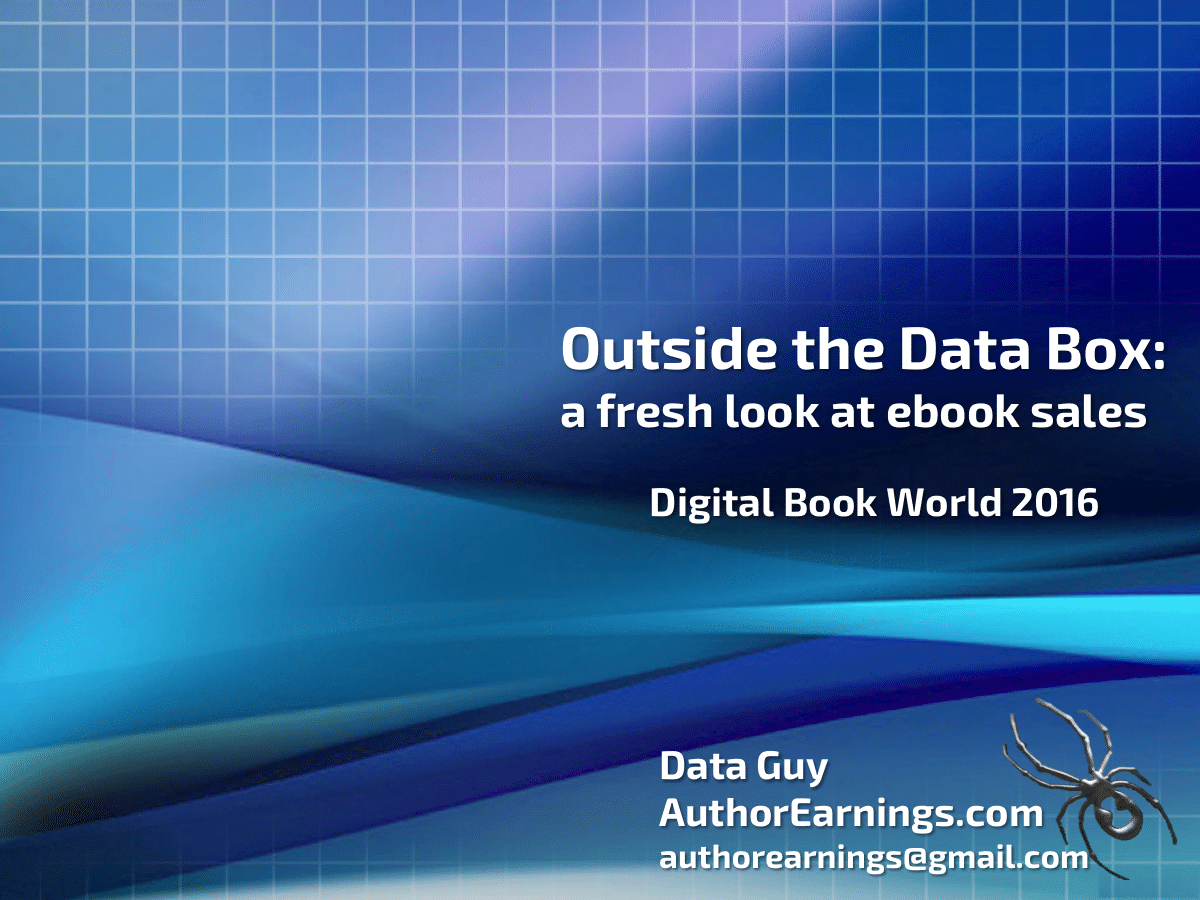 Author Earnings has been chronicling the rise of self-publishing on Amazon and is one of the definitive sources on how their sales directly affect the big 5 publishers. Data Guy has been quietly anonymous this entire time, he has been responsible for diving deep into big data and making sense of it for the entire publishing industry. He spoke publicly for the first time at Digital Book World 2016 and here is his entire Power Point presentation.