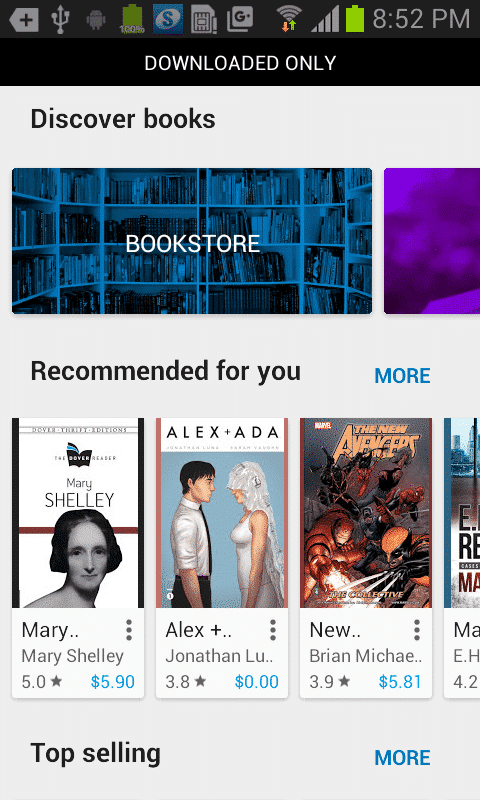 Google Play Books has received a new update that brings a new feature called Book Discovery. This feature recommends books to you based on your library collection.

Book Discovery is trying to hype up books and graphic novels so you purchase them from Google Play. You can download a free sample or flag a particular book as “not interested” and it will disappear from your list. Apparently when you continue to use the app on a regular basis, the engine will stop recommending certain genres. 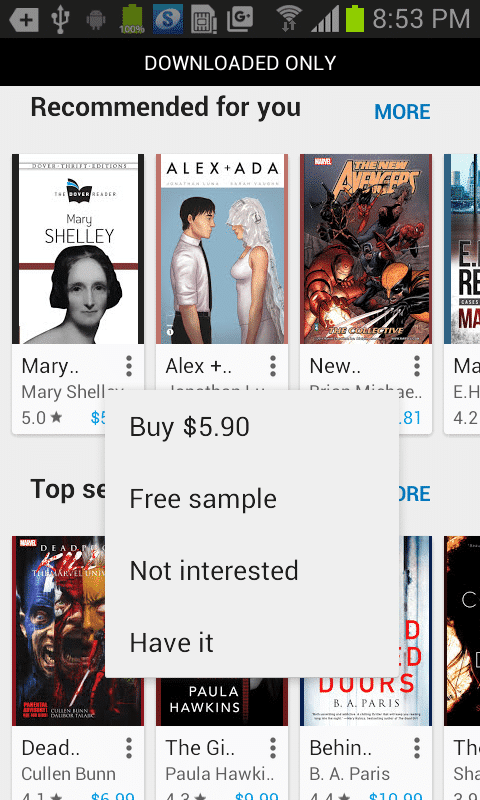 At the very bottom of the screen there is a single option called “Tell us what you like.” You are then brought to a single screen that lets you select a number of book genres and future book recommendations will be more personalized.

Some people were concerned when this new feature rolled out, that advertising will occur in books. This is simply not the case, it only appears on your library screen. Additionally, there is no way to turn book recommending off, it is always persistent.

In the near future Google plans to go beyond just recommending books and they are planning on launching a new system called “Google Play Editorial.” This platform will contain interviews with authors, essays from writers, other book selections from book reviewers and critics. It will be available on the main Google website, but the functionality will also be embedded into the Play Books app.