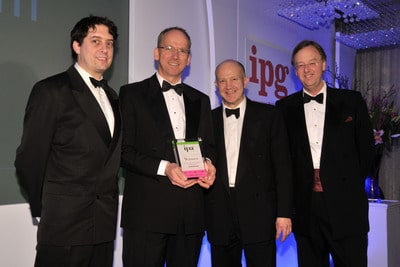 The Independent Publishers Guild is putting the final touches on the 2012 edition of the London Book Fair. This is the 50th year the guild has been helping coordinate it and everything looks to be going all according to plan.

Eighty different publishers will be attending this years London Book Fair and they all share around 230 square meters of space.  The IPG is organizing a series of speed date style events with publishers where people who have books can have a quick session with them to pitch their ideas and build valuable connections.

Some major companies will be in attendance this year such as Amazon, Audible, The Book Depository, Gardners, Waterstones, Kobo and Barnes and Noble. The App Zone is a new feature to the Book Fair this year and Nook Developer is sponsoring the event. B&N has arranged times for developers and tech savvy people to hang out in their little area and unwind from a long day.

As well as hosting countless meetings between publishers, the collective stand will stage the IPG’s legendary LBF party at 5.45pm on Tuesday 17th April, sponsored by Bilbary and this year celebrating the Guild’s 50th anniversary. The next day at 10am the IPG will also host a seminar entitled ‘How to Set up a Publishing House’ —a must-attend event for aspiring independent publishers with contributions from IPG executive director Bridget Shine and Search Press managing director Martin de la Bedoyere. LBF will also mark the launch of the IPG’s new-look website and a special events app to make booking for the many IPG events throughout the year easier than ever before for members.

Bridget Shine says: “We are delighted to be hosting so many companies at what will be another very busy and productive LBF. Both the IPG and our members across independent publishing are in great shape as we enter our next half-century.”