You are here: Home / Digital Publishing News / Indie Author eBook Sales Are in a State of Decline 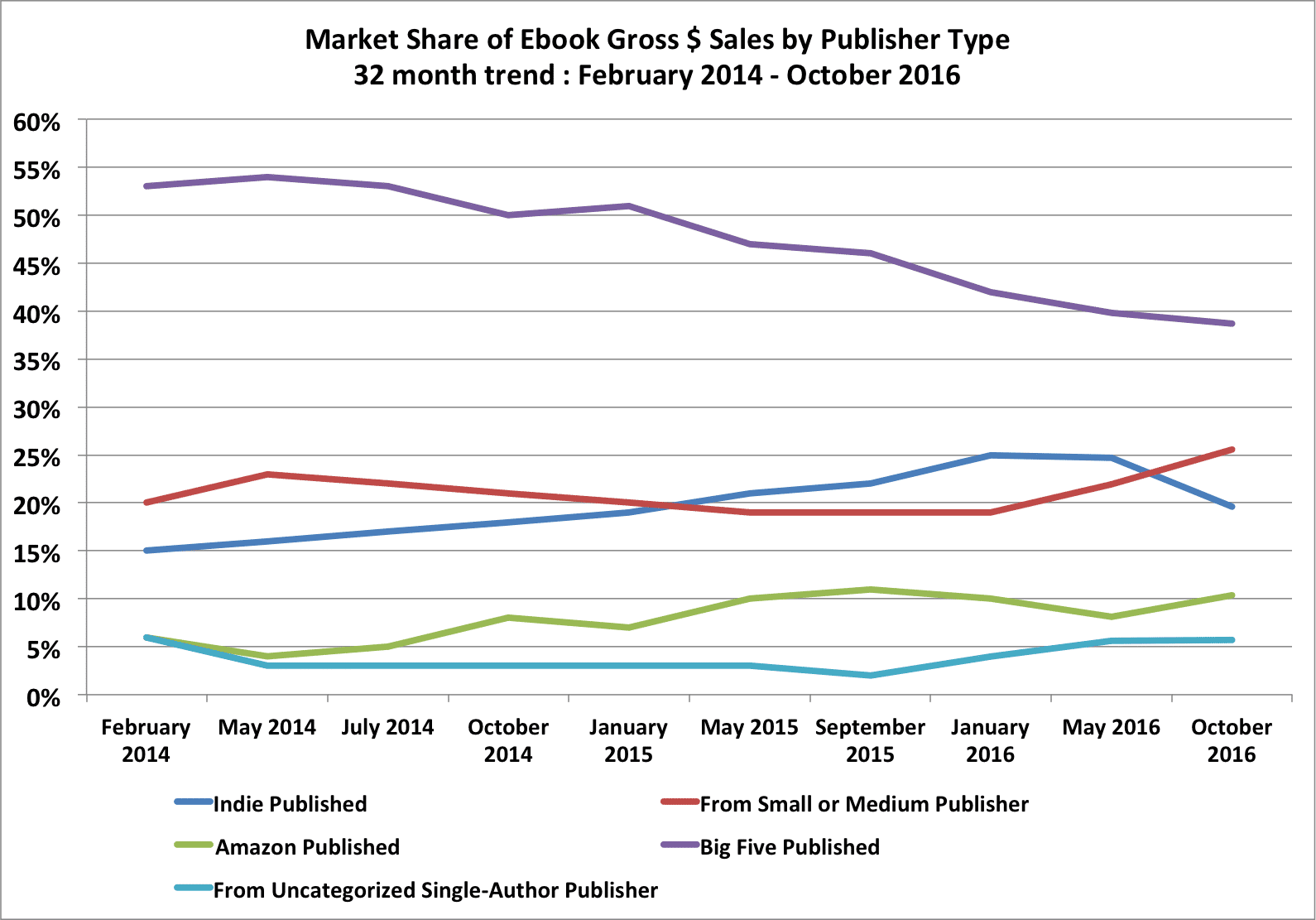 Over the course of the past two years major publishers revenue has been in a state of decline, but indie author sales have been strong. I have written extensively about this and how indies are eventually going to reach a tipping point. Authors Earnings has now proclaimed that the indie eBook market share has shrunk significantly.

During the five short months since May, it seems that indies have somehow lost their market share gains of the preceding 18 months. This has been counterbalanced to a limited extent by a slight uptick in traditionally-published unit sales: both Big Five and Small/Medium Traditional Publishers have each gained roughly 1% in market share. But most of the lost indie market share seems to have instead gone to Amazon Imprints, who have gained a whopping 4% in market share.

In May 2016, verified self-published indie authors were taking home nearly 50% of all US Kindle author earnings. Now, as of early October 2016, the indie share has fallen below 40%.

There are a few reasons why indie author sales have slid in the past six months. Smaller traditional publishers (such as Bookouture, Open Road Media, Sourcebooks) are increasingly adopting bookselling strategies and tactics that were first pioneered by indie authors. They are adopting retailer-specific Amazon ebook metadata, hold more frequent $0.99 and $1.99 sales advertised through BookBub and similar discount newsletters, run Facebook ad campaigns for their books, and the like.

Amazon may also have tweaked their merchandising algorithms, and nightly recommendation emails to give higher visibility to books issued by major publishers or paid book placements.

Overall it is clear that indie author sales have fallen significantly and I think this is partly due to customers finally releasing that most of the books are garbage. Sure indies have always relied on cheap to garner sales, but major publishers have started to fallen suit and it is more affordable to buy the latest bestseller.