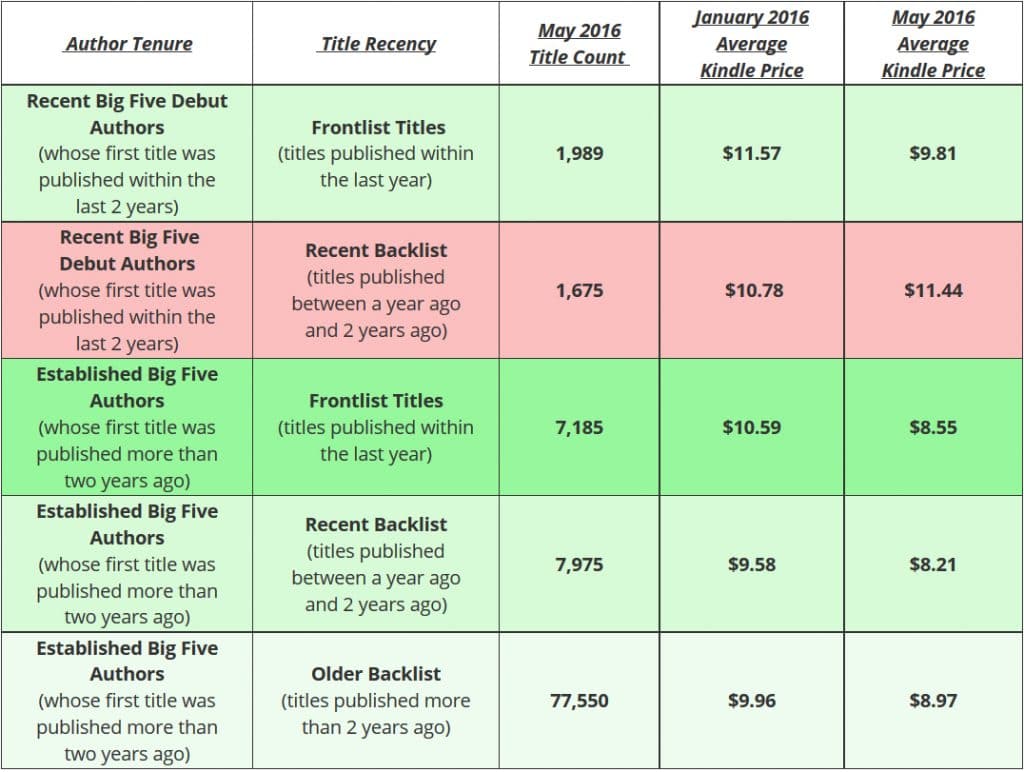 Major publishers are fed up with the constant decline of e-book sales and are doing something about it. They have lowered the price of a bestselling e-book by three dollars in most major markets and discounted debut authors to complete against indie authors.

When the Kindle was first released in 2007 it ushered in a new era for digital books. All of a sudden e-books were the hottest segment in publishing and within a few years they accounted for 21% to 24% of revenue for companies such as Penguin/Random House, Macmillan, Simon and Schuster, Harper Collins and Hachette.

In 2015 all of the publishers contracts were up for renewal and they decided they wanted more control over the price of e-books. They no longer wanted Amazon to dictate the consumer prices and they wanted to charge more money now that the digital format had matured.

Publishers never anticipated that driving up the cost of an e-book would result in a severe decrease in sales. The Association of American Publishers said that in 2015 e-book sales declined 11% and Nielsen reported that it was closer to 4%.

I think publishers started to realize that it was price that was driving away readers to either give up on the format completely and go back their local bookstore. Chapters Indigo, the largest book chain in Canada reported that in 2015 the company increased their revenue by over 12.5% and Waterstones profits have been boosted by a revival in physical book sales.

Amazon is the largest e-book retailer in the world and the most of the revenue that publishers derive from digital sales, stem from Amazon. The e-book boom was driven by Amazon and they know how to price things so they can sell as many copies as possible. Amazon has trained us to pay $9.99 for a new e-book by a bestselling author, but when publishers drove the cost up to $16.99, people revolted. On one hand I am glad to see e-books coming down in price again, but another part of me just wants Amazon to have full control again.