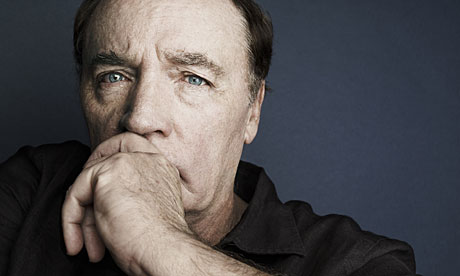 James Patterson is a literary juggernaut, pumping out a copious amount of books every month. He often works in collusion with various other co-writers to help with the workload such as Maxine Paetro and Michael Ledwidge. His publishing Little, Brown & Co. is a division of The Hachette Book Group and the company announced today that his ebook sales of topped 5 million purchased copies. What is surprising is explosive growth of e-readers  during 2011 with 2 million of his digital sales occurring just last year.

This might seem like a high number of book sales and it is true he continues to lead the charts every month as a prominent bestseller. Truthfully over 14 million books in 38 different languages were sold last year in paperback form. Electronic Books may continue to gain momentum, but cheap throwaway books continue to make up the bulk of his sales. You only have to go as far as the beach, airport or holiday destination to see his books strewn about.

Hachette sees James Patterson as one of their cornerstones of their publishing division. Forbes Magazine recently proclaimed that Patterson earned Hachette about $500 million over the last two years in ebook sales. Part of the success is the different franchises he has spawned and appeals to both young adult and adult readers. His most popular books are often written in conjunction with a specific stable of co-writers. This is why books like Alex Cross, Women’s Murder Club, Daniel X,  and Maximum Ride, continue to dominate the charts every month.

Suffice to say James Patterson is continuing to lead the charge of authors who sell their wares digitally. 5 million ebooks in just a few years is a huge positive step forward and the attention he draws will allow the industry to continue to grow. Hachette obviously sees dollar signs with the low cost digital offerings and may prompt them to take gambles on lesser known authors to and find the next James Patterson.

If you dig James Patterson I found a rather excellent article published by the New York Times in 2010, which gives you a huge introspective into his publishing companies and how he manages to write so many books.  The reference for the above article was a press release put out by the AP.