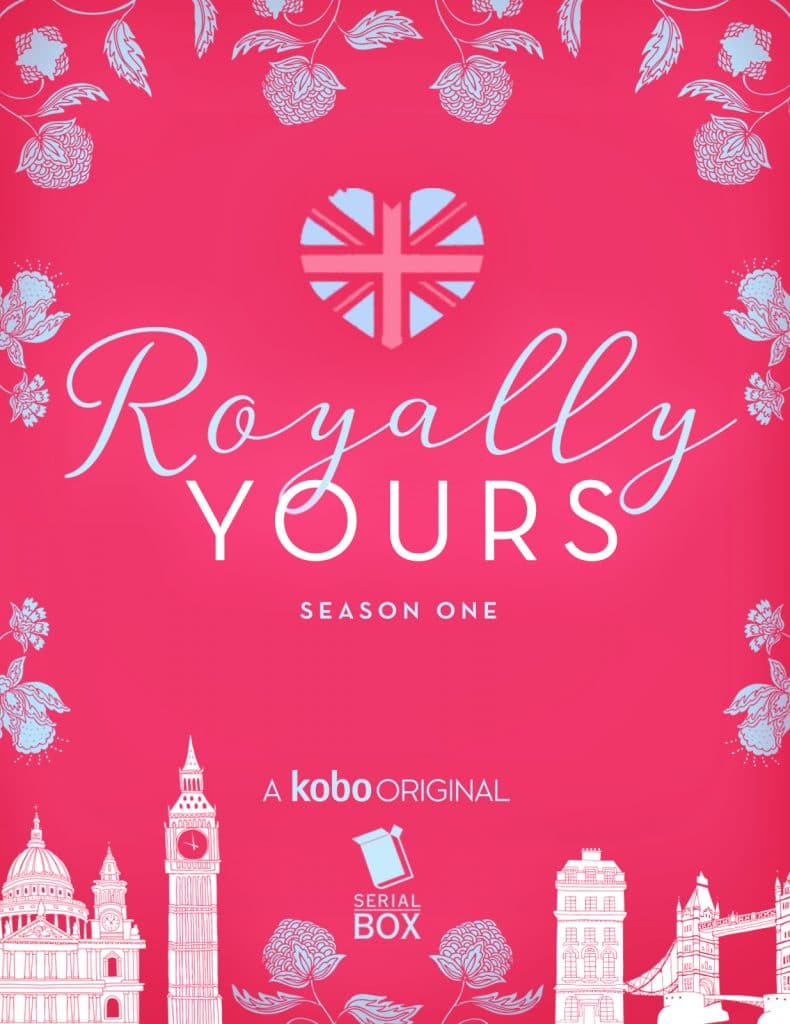 Kobo is developing a new six part fiction series that was inspired by the upcoming royal wedding between Prince Harry and Meghan Markle. Every serialized piece will be written by a different author and the project is called Royally Yours. Each standalone title will be available as an ebook and audiobook and every week from May 2nd through May 18th and will cost $1.99 per episode or $8.99 for all 6 episodes. The first episode will be free.

Royally Yours is about more than just the royal wedding. It is a celebration of romance. One day. Five couples. The most anticipated wedding in the world. But this story’s not about the bride and groom, the dukes and duchesses, this story is about the palace maid with a heart of gold, the milliner who dreams of seeing her designs adorn the pews, the American bodyguard who learns some British charm, the paparazzo after that one great shot, and the ordinary girl who dreams of being a princess. Rumors of a missing bride threaten to ruin the day, but nothing can stop the romance running rampant on the streets of London the day before the royal wedding.

This serialized fiction series is all apart of the Kobo Originals program that launched in January, to offer readers exclusive original eBook and audiobook content. The program kicked off with the audiobook version of Zoe Whittall’s The Best Kind of People, narrated by Sonja Field, available exclusively for Canadians; followed by the audio version of the CBC Canada Reads nominee The Marrow Thieves by Cherie Dimaline. Along with the US market, the program is expanding to France and the Netherlands. Royally Yours will also be available through Kobo Plus, Kobo’s all-you-can-read subscription program in the Netherlands. As the second Kobo Original series in the catalogue, it comes on the heels of the runaway success of Linda Jansma’s In naam van de vader, a Kobo Original series that debuted in October.

Kobo Originals was a bold move to start producing audiobooks and ebooks that are not available anywhere else. Apple, Barnes and Noble, Google and other ebook retailers do not produce their own in-house content, they are merely agents that sell other people’s stuff. Audible has been producing their own unique content for a couple years now, but they do not do ebooks.