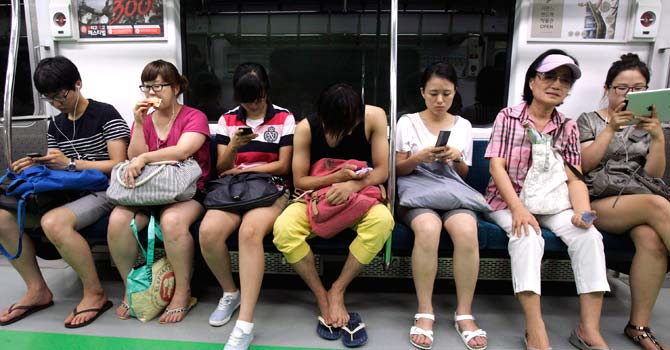 The Ministry of Culture, Sports and Tourism recently did a report on the reading habits of South Koreans. They talked to 5,000 adults and 3,000 student from October 2014 to September 2015. According to the survey, the average yearly reading rate among adults was 65.3%, a 6.1% drop from 2013.

What is most surprising about this report is that only one out of ten adults, read at least one book last year. This is the lowest figure since the ministry started the biannual survey in 1994.

The most common reasons why people are not reading is attributed to “not having enough time due to work or studies,” followed by “because they do not want to read nor are they in the habit.”

The data from this survey was confined to paperback and hardcover editions fiction/non-fiction books and excluded magazine and textbooks.

I am not surprised that South Koreans are not reading as many books as they used to. The vast majority of youth and adults are now reading on their smartphones. Nearly 4 in 5 people in Korea now own a smartphone and the country ranks 4th in the world with overall penetration.