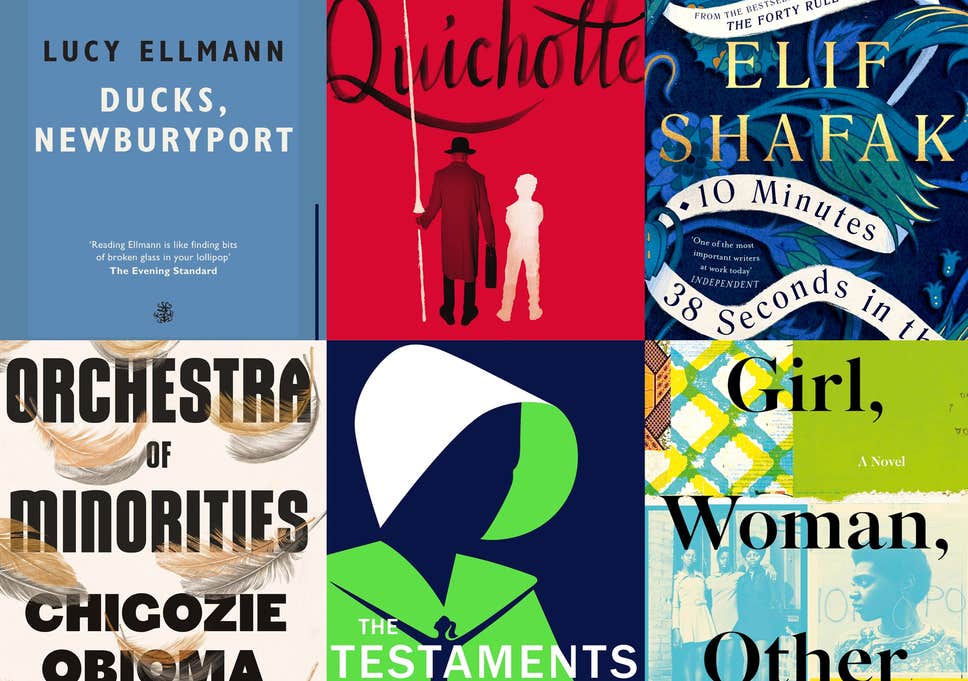 The Man Booker Prize is one of the most prestigious book awards and has been ongoing since 1969. The winners often get translated into dozens of languages and enjoy critical acclaim. This year the 13 submissions have been shortlisted to just six titles and they deserve your attention.

The Testaments by Margaret Atwood

For those of you that cannot get enough of the television adaption of  The Handmaid’s Tale, this nomination will be warmly welcomed, albeit not overly surprising. Atwood’s highly anticipated sequel is set 15 years after the end of the seminal dystopian tale and follows the lives of three women.

This door stopper of a book will overtake 2013 winner The Luminaries (Eleanor Catton) as the longest novel ever to win the prize, if successful. Ducks, Newburyport spans an impressive 998 pages, and yet it is only punctuated into a mere eight sentences. This challenging and ambitious read is a stream-of-consciousness and written as a monologue that dives into the mind of an Ohio housewife. Ellmann is the only American author to have reached the shortlist this year, which comes at an interesting time after debates were sparked last year about excluding American authors from consideration for the prize.

Girl, Woman, Other by Bernardine Evaristo

Evaristo’s latest novel Girl, Woman, Other is a witty, complex and dynamic exploration of 12 black British women, whose lives are interconnected in various ways. Written in a style that seamlessly blends prose with poetry, this novel has been praised for its poignant dealing of issues concerning feminism and race. Evaristo is one of the UK’s most celebrated black women authors. Speaking of her writing, Evaristo has previously said that she aims to ‘explore the hidden narratives of the African diaspora’ and ‘subvert expectations and assumptions’.

An Orchestra of Minorities by Chigozie Obioma

Described by judge Afua Hirsch as ‘a book that wrenches the heart’, this is the second novel and second Booker Prize shortlist nomination for 33-year-old Nigerian writer Chigozie Obioma. Narrated by a chi (a guardian spirit in Igbo cosmology), An Orchestra of Minorities tells the romantic yet tragicomic tale of a Nigerian chicken farmer, Chinoso, whose love for a wealthier woman makes him fall victim to a European education scam.

10 Minutes 38 Seconds in This Strange World by Elif Shafak

This is the first shortlisting for the incredibly talented Turkish writer, Elif Shafak. Set in Istanbul, this novel centres on sex worker ‘Tequila Leila’ in the final 10 minutes 38 seconds of her life before she is killed and left in a rubbish bin on the outskirts of the city. An arresting exploration of sexual violence and enriched by the blend of fact and fiction for which Shafak is known, judge Liz Calder has labelled it ‘audacious and dazzlingly original’.

The current favourite to win the prize, this modern epic takes inspiration from the hugely influential Spanish novel Don Quixote by Miguel de Cervantes. Literary legend Rushdie’s 12th novel traces the tale of an ageing pharmaceutical salesman who falls in love with a television star and travels across America to win her hand. The novel has been described by judges as a ‘picaresque tour-de-force of contemporary America, with all its alarms and craziness’. This nomination comes 38 years after Rushdie won the prize in 1981, for his second novel Midnight’s Children.