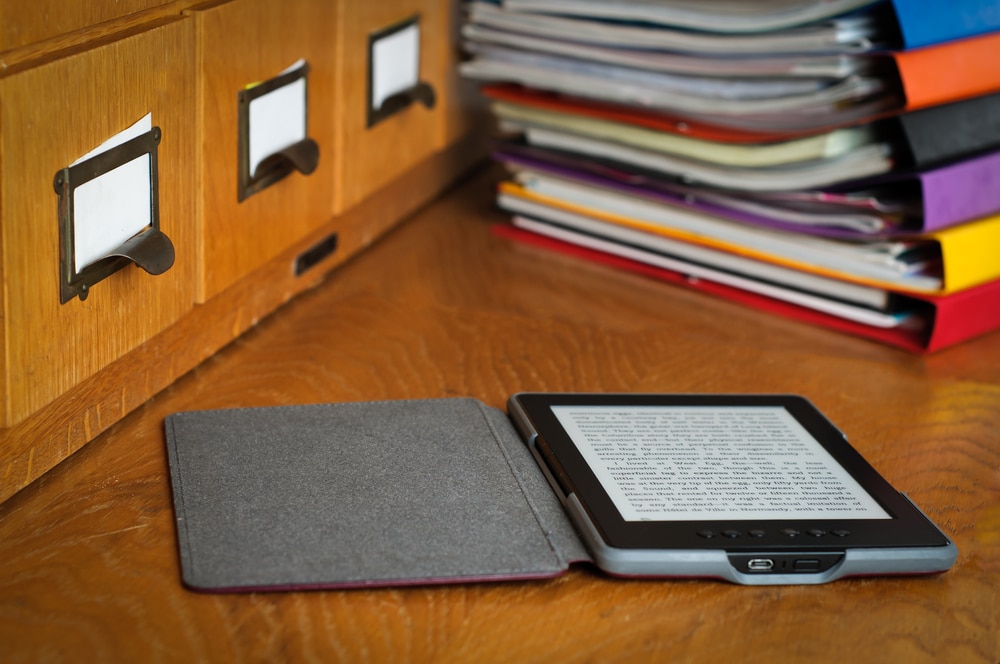 A delegation of state librarians met with Macmillan CEO John Sargent last week and the publisher reiterated their claims that new ebooks in the library are hurting their sales.  Macmillan has concerns that ebook sales are rising in public libraries but declining with consumers. Sargent stated that a new digital book release was akin to a new movie hitting theatres and they have the greatest value in their first few weeks and their initial release should allow for the greatest return on both creative and business investment. The availability of ebooks through libraries, which may be perceived as being free, is, in Macmillan’s opinion, the major driver in the consumer decline.”

If you are new to this saga, Macmillan put into effect a library embargo for all of their new titles. Each library would only receive one ebook from each new release and patrons would be put on extensive wait lists. This ebook would not cost the library very much, basically around $30. After eight weeks, libraries can then license access additional copies for about $60 per copy for a term of two years or 52 lends, whichever comes first.

In one of the few data-driven conclusions shared publicly by Macmillan officials over the last 16-plus months, dating back to the start of its Tor experiment, Sargent reportedly told the group of about 10 state librarians that, based on “anecdotal” data, Macmillan believes that “if library users cannot gain access to a new e-book from their library, 8% of those waiting will likely buy the e-book.”

One of the librarians that were apart of the meeting with Macmillan stated  “We question the logic that a publisher would achieve significant revenue from restricting sales to libraries. In our experience, few readers faced with wait times for a new release would choose to purchase the book directly instead of waiting, even if those wait times are significant.”

Many librarians are now boycotting all Macmillan titles, although the publisher won’t know the extent of how it is affecting their revenue stream for at least a year. The Columbus Metropolitan Library, Nashville Public Library, Maryland Digital Library and the King County Library System in Washington State, Monroe County, Des Moines public library and dozens of others have joined in the embargo.

Patrick Losinski, CEO of the Columbus library, called it a “stand against limiting equal access to our customers.” By limiting the number of copies our library can purchase, Macmillan is allowing only a certain segment of our society to access digital content in a timely manner — those who can pay for it themselves,” he said in a statement. “And that’s unacceptable in a democratic society.”

“The Des Moines Public Library opposes any effort to restrict or delay our ability to provide free and equitable access to information and services,” DMPL Director Sue Woody said in press release. “That includes the digital realm, and this book embargo will hit our most vulnerable and disadvantaged patrons — those with disabilities and learning issues, as well as those without the means to purchase these materials outside of the library — the hardest.”

Meanwhile the American Library Association president Wanda Brown said: “The mission of public libraries across the country is to ensure access to information and content for all, but Macmillan’s ebook restrictions will drastically restrict our ability to serve millions of readers. Libraries, publishers and authors should be allies – not adversaries – in expanding the number of readers and encouraging the exploration of new titles and subjects.”

ALA’s senior director of public policy and government relations said “Macmillan remains the sole Big 5 publisher that perceives a business need to limit libraries’ ability to purchase and lend ebooks. ALA has frequently requested, but never received data or analysis that demonstrates that library lending undermines book sales. It is simply false to state otherwise.”

As the next few weeks go on, more libraries are expected to join the embargo. It doesn’t look like anything is really going to stop Macmillan from doing what they want, the real tragedy would be if other publishers followed suit.