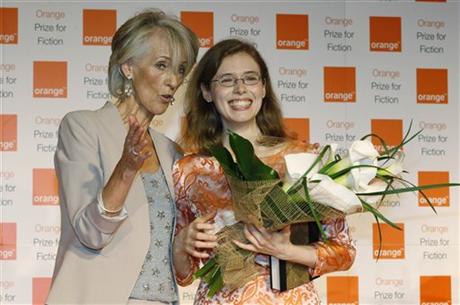 Orange Mobile has been sponsoring the ‘Orange Prize for Fiction’ which is based in the United Kingdom and mainly for Women’s books. Ever since T-Mobile acquired Orange, the two companies are restructuring and this resulted in the sponsorship being pulled. This is creating a large gulf in UK Fiction, but others are willing to step up to the plate.

The Telegraph newspaper seems to think that Kobo has indicated their interest but that discussions with Apple were the most advanced.  It would make sense to Apple to be the companies patron because they are really trying to do with eBooks what the iPod did with music. Apple takes books seriously is doing business with iBooks is really the only way you are going to purchase content directly on the iPad.

Amazon, Barnes and Noble, Kobo, and many others pulled the ability to purchase books via Apples ecosystem when Apple changed their policies for in-app payments. Rather then give Apple a cut of every eBook sale, tons of companies just pulled the ability to buy books in their apps. This has resulted in a large number of people willing to do business with Apple directly, rather then jump through hoops on an internet browser or other complicated procedures.

Apple is not only big on selling books directly to customers but also maintains a strong presence at trade-shows. The company continues to have closed door sessions at Book Expo America, the London Book Fair, Frankfurt Book Fair, CES, Computex and many more. They use these conferences to secure new publishing contracts and to meet with their vendors.

It is very likely that Apple has the deep pockets and financial resources to make a strong play to sponsor the formally Orange Fiction Book Prize. With Amazon, Kobo, Sony and other major companies setting up shop in the UK, it would make prudent to have your name attached to a huge annual event.